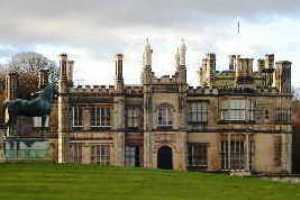 A well known Scottish estate that planned to establish a small pedigree flock of Lleyn ewes has been so impressed with the breed’s performance that it is planning to replace its entire lowland flock of Mules with Lleyn.

Lord Rosebery’s estate, close to the Firth of Forth near Edinburgh, has traditionally run a lowland flock of 1000 North of England Mule ewes which were crossed with Texel and Suffolk rams in a conventional enterprise producing prime and store lambs.

The decision to retain some Texel-sired ewe lambs to reduce replacement costs proved unsuccessful as the lambing percentage reduced and ewe margins fell in line with the lower level of output.

In the aftermath of foot and mouth the issues of bio-security and flock health were high on the agenda. Various options were considered in an attempt to identify a breed that would limit any risks to flock health by having to buy-in replacements while at the same time produce a profitable level of output.

“We looked at various breeds and considered the Cheviot as well as the option of stocking the lowland grazing with draft Scottish Blackface ewes from the estate’s hill farm in Peeblesshire. We wanted a profitable but straightforward system,” said estate manager Charles Stewart.

When the Lleyn was suggested, and its proven achievements discussed, Mr Stewart admits: “It just all 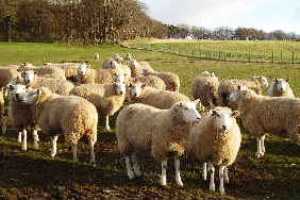 seemed too good to be true. We asked ourselves if the Lleyn really could solve all our problems and make it seem so simple.”

A visit to the Lawrence family’s established flock at Blackpots Farm, and tour of the flock with shepherd Hugh Kyle, served to convince Mr Stewart that the Lleyn had a great deal to offer the estate’s changing approach to lowland sheep production.

“We saw some wonderful sheep that were very level, full of quality and with tight skins and being managed on a low input system,” says Mr Stewart.  Originally it was intended to use Lleyn tups on the Texel-cross ewes but it has now been decided to establish a flock of pure-bred Lleyn ewes. “We are convinced that this is the right way to go to provide us with a breed of ewe with all the commercial qualities we need – hard-wearing, productive, healthy and thrifty.” 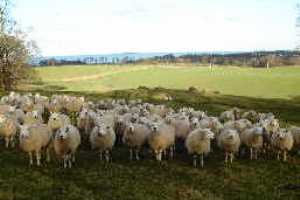 But there is an additional financial benefit for the estate. The Lleyn flock will be lambed three weeks later and will not be housed.

“Everything will lamb outside. We are aiming for a 190% lambing percentage but we will make big savings on labour that we estimate will be worth £3-4000 a year,” says Mr Stewart.