Making more from less: the Lleyn + Hampshire Down combo 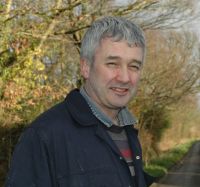 If you would like to improve your sheep unit’s efficiency, then Mike and Marie Williams have a dual solution. Introducing the Lleyn as their flock damline has enabled them to establish a closed flock resulting in output improving by over 20% and minimising health risks. Furthermore, introducing high genetic merit Hampshire Down rams to the bottom end of the flock has proved complementary, helping to produce faster finishing lambs for an earlier market, thereby freeing up grass and making cost savings.

“We’re a profit driven business, so maximising ewes per acre and subsequent output is among our sheep enterprise’s objectives, and we believe we have found the tools. The fact we’ve farmed a flock of pure Lleyns for the last 15 years means we’re firm believers in the breed,” says Mr Williams who farms a 400 acre family partnership carrying 1,000 breeding females at Rosecastle Farm, Rhos, Haverfordwest.

“2014 was an average year when we reared 171% lambs from a scanning of 185%; assistance at lambing has been reduced to 5%, they make good mothers with plenty of milk and are averaging five crops. Being smaller, we’ve been able to increase stocking four to between 4.5 to five ewes per acre,” he explains.

Mike Williams was initially introduced to the Lleyn back in the early 1990s by his brother in law, Richard Twose. “We’d become aware that the Lleyn could outperform crossbred ewes so we went off to one of the first official society sales in Gaerwyn and purchased a pen. These ewes certainly proved their worth, so from there on we began to grade up a mixed crossbred flock to purebred status, it enabled us to take control of our sheep and their traceability, and the rest is history.

“We retain between 150 and 200 pure Lleyn ewe lambs per season from selected ewes for replacement purposes, whilst purebred rams are selected for confirmation, scale and locomotion.”  Pure wether lambs and surplus females are finished and traded via Pembrokeshire Quality Livestock to Sainsburys.

The second native breed to impact on the Williams sheep enterprise and further improve the farm’s efficiency without any major outlay was the Hampshire Down, as a terminal sire put to the bottom portion of the flock. Rams are selected on conformation together with Signet performance data for growth and muscle depth Estimated Breeding Values. 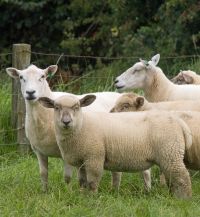 “We found these lambs to finish four to six weeks earlier than lambs by other terminal sires, without any extra effort.” The Williams make their first draw of Hampshire Down cross lamb reaching 18kg target deadweight, at 10 to 12 weeks and they are also sold to Pembrokeshire Quality Livestock. “Hitting that earlier market in early to mid-June, we’re able to secure a premium. However  the key is to have the maximum number of lambs away possible by 20 week weaning, and we are finding that a consistent 70% of the crop will reach 18kg or more and grade R+ 3L by then, that’s 20% more than our lambs bred by other terminal sires.

“Faster finishing pays dividends; we start drenching monthly from July, so the number of treatments is significantly reduced along with the workload.  It also means the swards are freed up earlier leaving more grazing later on for flushing.”

He adds: “The combination of the native genetics and those selected for improved performance is definitely being demonstrated in the lambs which are meeting our own and market requirements, and helping us to realise our unit’s overall potential.”