What a delightful way to spend a Sunday afternoon, in the company of some thirty other sheep breeders looking at a flock of quality Lleyn sheep.  Hosted by Dom and Bethan Klinkenberg and family at Manor Farm, East Marden, West Sussex, the Southern Lleyn Breeder’s Club were treated to a visit to Appledown Lleyn.

Nestled in the heart of the South Downs, Manor Farm extends to some one thousand acres of mixed arable and sheep with a small, but growing suckler herd based upon Belted Galloways.  The 500 ewe Lleyn flock is run largely on rotational herbal leys with some downland grazing.  The herbal leys have a dual function providing quality forage for the sheep enterprise, enabling the flock to be totally forage based plus helping to build soil health and organic matter on the shallow chalk soils, benefiting the arable enterprise.

The flock is predominantly outdoor lambing in early April, excepting those ewes scanned as carrying triplets who have historically been lambed inside, although, for ease of management this may change for the next lambing season.

The ewes come off grass in the autumn onto other forage crops, largely stubble turnips, which again form an important part of the arable rotation.  Prior to the arrival of the first lambs the ewes are moved back onto grass in preparation for lambing, with those ewes scanned as singles being kept fairly tight in order to avoid oversized lambs and too many lambing issues. Multiples are run around all of the leys for a quick grazing before moving to their lambing paddocks.  Post lambing they are moved back onto the Herbal Leys grouped according to litter size; with fairly extensive use made of electric fencing to control and maximize the efficiency of grass utilisation.

The best-grown and strongest ewe lambs are also lambed, but put to Charmoise rams for ease of lambing a cross which produces some very smart crossbred lambs.  Even out of ewe lambs on an all forage system, the crossbred lambs grow well and finish quickly, producing a well fleshed, but light boned carcass, giving a high meat yield, which fits in very well with the farm shop trade.

The flock is Signet recorded with the majority of the flock lambed to high index, recorded Lleyn rams, with some of the poorer ewes lambed to a Hampshire, with rams provided by the farm’s small Hampshire Down flock.

All in all a nicely integrated system with a strong sustainable and regenerative ethos, making for a thoroughly enjoyable and informative farm walk. 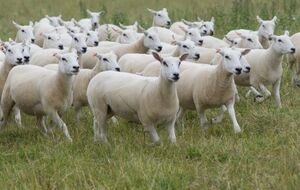 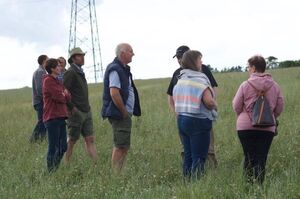 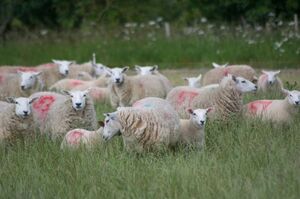 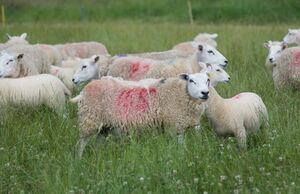 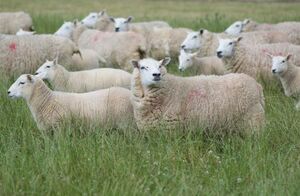 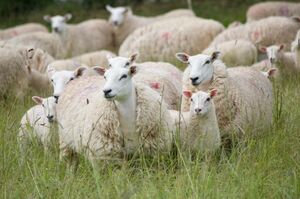 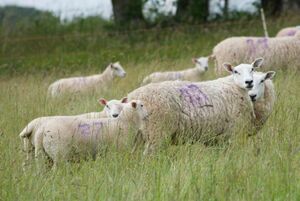 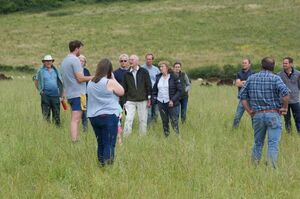