A sale where momentum took hold.  100% of the females were sold with trade stronger towards the end.  The shearling ewes set off cautiously for the first half a dozen pens but then the ring filled with more buyers and the momentum built.  The ewe lambs saw a great trade when following on from the built up momentum.

A small selection of aged ewes were sold first with Alex Hegan, Comber topping at £100/head for a pen of 8 two year olds.  These were purchased by Pat Bobbett, Lusk.  Next Crosby Cleland, Saintfield sold a pen of mixed two and three year oldS for £92/head to Ryan Mcelhinney, Letterkenny.

Aubrey Bothwell, Maguiresbridge topped the shearling ewe section when he sold a pen of ten for £180/head to Ryan Mcelhinney, Mr Bothwell then sold his second prize pen of five for £175/head to Fergal McKenna, Gortin and another pen of ten for £172/head to James Nolan, Fenagh.  In the second half of this section shearling ewes were selling for £130 to £180/head.

Ewe lambs set off well with trade holding to the end.  This section was topped by the first prize pen from R & E Edwards, Carrowdore, they sold for £130/head to B Cooper, Castlederg.  Seamus Killen was next with a pen of five which sold for £128/head to Henry Gamble, Bangor.  There were six different pens from different vendors sold at £125/head.  42 out of the 49 pens of ewe lambs sold for £100/head or above.

27 out of the 34 rams forward were sold.  Buyers were selective with size and skins proving the decision maker for most.  The Kennedy Family, Ballyclare had a successful day.  Firstly C & A Kennedy sold the champion ram Mileview Darcy, sired by a homebred ram Mileview Glenariffe for 1600gns to Adrian Dunne, Strabane.  This followed by the sale of Mileview Dart, sired by the same ram.  He sold for 1350gns to Justin & Austin Morgan, Newry.  J & C Kennedy sold Skilganaban Downtown sired by another homebred ram for 1300gns to Pat Bobbett, Lusk. 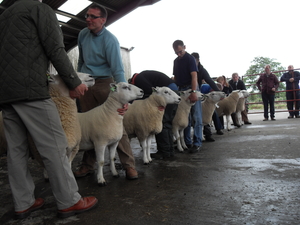 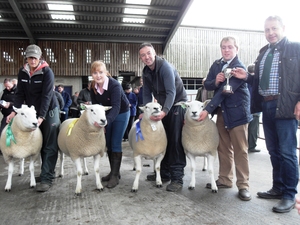 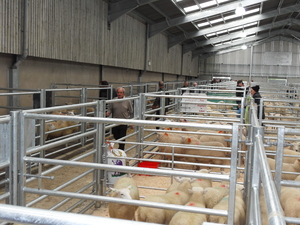 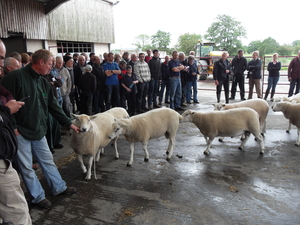 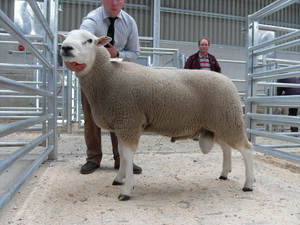 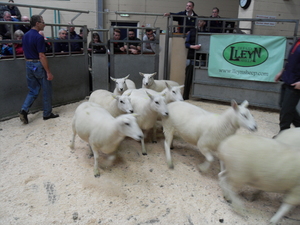 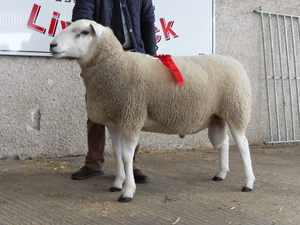 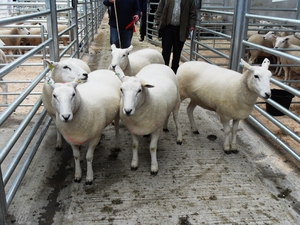 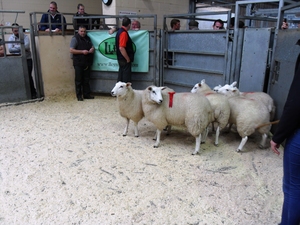 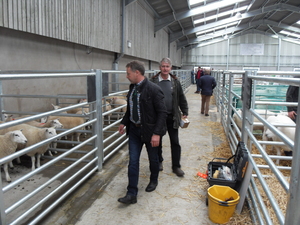 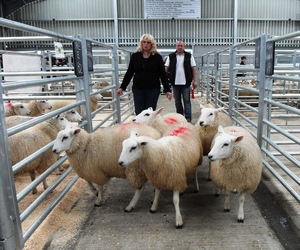