A mixed day with many highs.  Breeders type sheep finding homes easily with the desire to pay for quality.  The commercial trade was more tempered especially with the ewe lambs.  The rams saw a strong clearance with the ring remaining busy till the end.

The shearling ewes set off cool with several unsold lots which later found homes down the pens.  Once the sale warmed up only a couple of pens were passed unsold.  H Goldie, Dumfries topped the pens with his 3rd prize pen of five selling for £400/head to Ryan Bowie, Crieff.  Farmstock Genetics, Selkirk came next with a pen of 6 which included several ewes which had won prizes at shows.  They sold for £390/head to Stuart Galloway, Newton Stewart.  The Goldie Family sold two pens at £320/head to A Ross, Muir of Ord and RG Cunningham, County Down.

There was once again a class for the best individual shearling ewe which was won by H Goldie.  She sold for £1000/head to C Long, County Tyrone.  The same buyer paid £700/head for the second prize ewe from JK Goldie.  The third prize in this section came from GH Blakey, Morpeth, this sold for £170/head to Messrs Allison & Sons, Biggar.

The commercial trade was helped by many larger pens of 20’s sold.  These were being purchased regular away for £120 to £160 depending on size and skins.

With a strong entry of over 1300 ewe lambs forward there were plenty for the buyers to choose form.  As buyers which created demand at the start of the section filled their orders, the momentum slowed resulting in less lambs being sold towards the end.  Farmstock Genetics topped the section with their 3rd prize pen selling for £215/head to B Thomson, Melrose.  Next Lionel Organ, Llandysul sold his first prize pen at £200/head to P & S Eckett, Dorset.  C & A Kennedy, Ballyclare sold their pen at £140/head to Rosneath Farms Ltd, Helensburgh.

In the rams WJ & DJ Williams, Pwllheli sold for the top price of 6500gns.  Tacho Destroyer caught the eye of the judge and was placed 3rd in the earlier show.  Sired by a Wraycastle ram he is out of a homebred ewe.  He was taken home by H & M Dugdale, Settle.  T & B Fort, Keighley came next with Brightonhouse Dasher.  Sired by Plasucha Bran and out of a homebred ewe.  He sold for 4500gns to JCB Farms Ltd, Staffordshire.  John Morton, Penrith sold a Bank Hall ram sired by a Kavanagh ram for 3400gns.  This was bought by JA & R Geldard & Sons, Kendal jointly with S Kavanagh, Skipton. 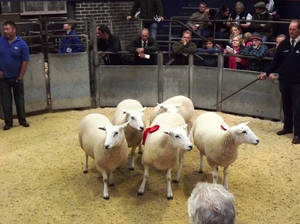 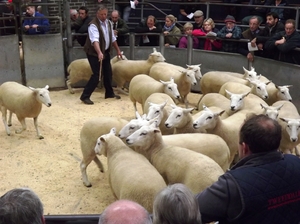 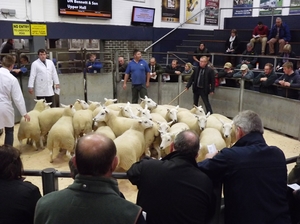 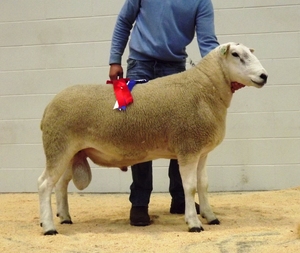 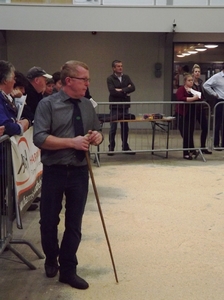 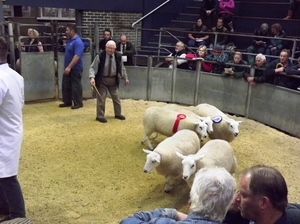 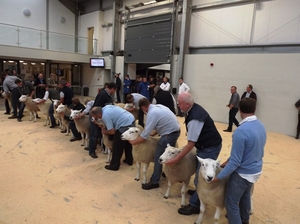 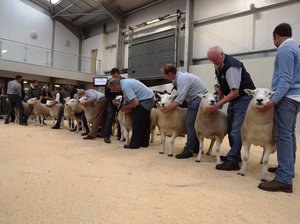 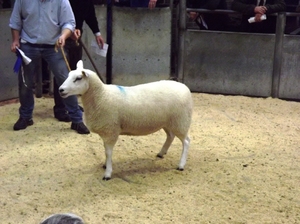 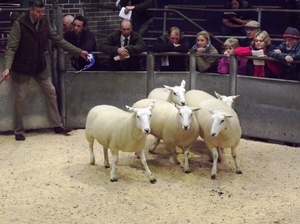 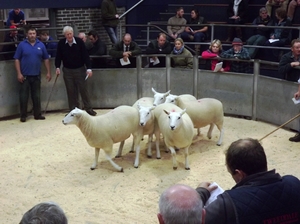 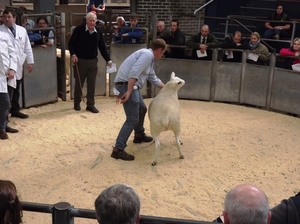 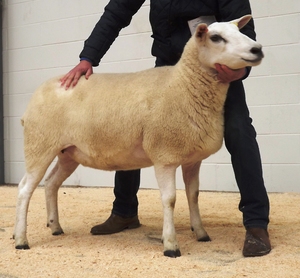 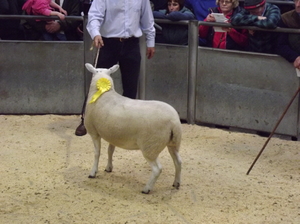 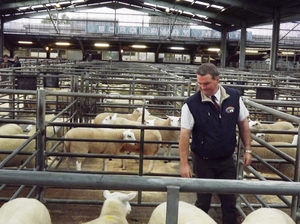 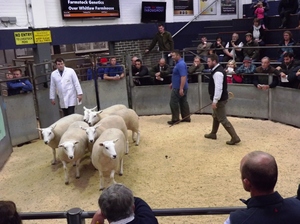 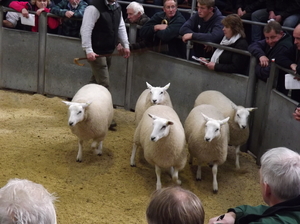 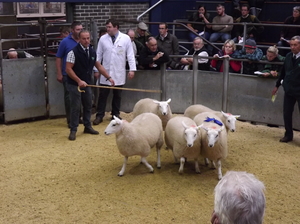 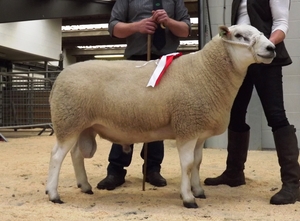 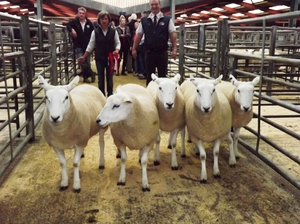 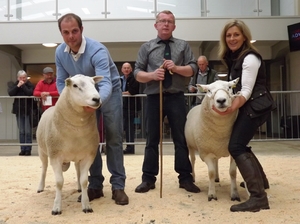 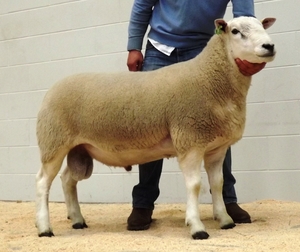 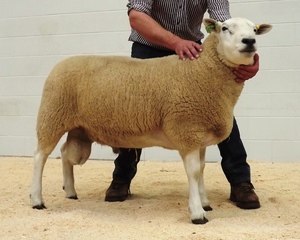 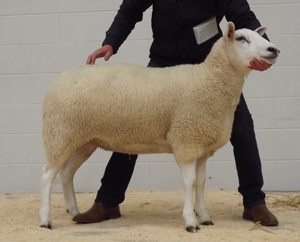 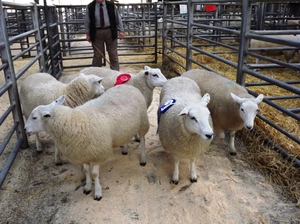 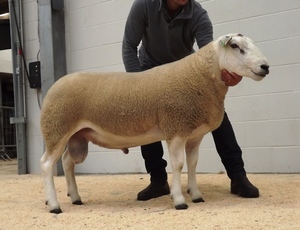