Females saw a strong demand at Carmarthen with 100% of the older ewes and shearling ewes sold.  S Lewis, Johnston sold three year olds to £120/head and 4 year olds to £110/head.

The ewe lamb trade set off cautiously picking up after the first half a dozen pens.  There were several pens unsold in the ring which later found buyers in the pens after hence only three pens went home unsold.  The top price was £140/head for the first prize pen from WJ & DJ Williams, Pwllheli which was purchased by WW & JA McCurdie, Ruby.  ST Morris, Hay on Wye came next at £135/head to Pontardulais.  T Rees, Llangadog sold his pen at £130/head to Aled Jones.  The larger lambs suitable for tupping were being gathered up for over £100.  Many other lambs were £60 to £95 depending on size and skins.

The rams saw DW & CF Morris, St Clears top the sale with their Penywern ram which had been awarded champion in the show.  Sired by Bronallt Alwyn he was out of a homebred ewe.  At 1100gns he was purchased by Richard Marshall.  WJ & DJ Williams sold Tacho Determined sired by an E & D Jones ram for 1000gns to AW Davies.  L Organ, Llangeler sold Southam Dominic sired by a Bronallt ram for 700gns to K Thorne.  As numbers exceeded demand buyers were able to be selective.  Some rams missed in the ring but were later reviewed down the pens by buyers and then sold. 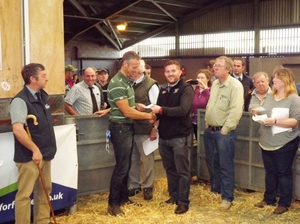 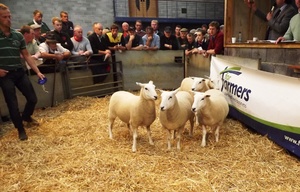 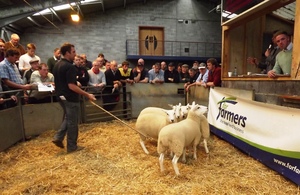 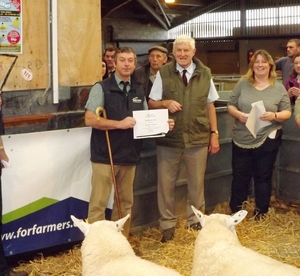 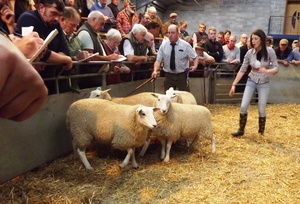 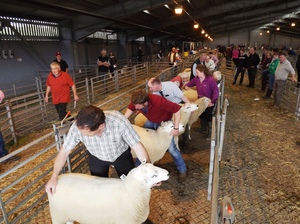 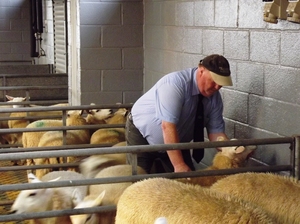 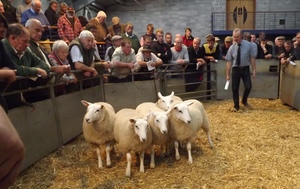 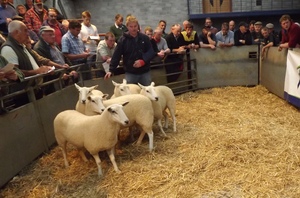 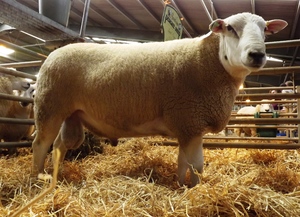 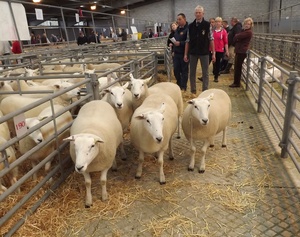 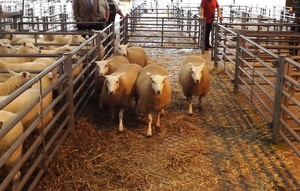