The 2015 sale season for Lleyn sheep has set off on a solid footing at Exeter.  There were plenty of buyers in attendance with the added excitement of telephone bidders on several lots.  Interest was shown from as far as Scotland and Belgium.  Clearance rates were also solid with 100% of the older ewes sold, 91% of the shearling ewes cleared and 92% of the rams changing hands.  The ewe lambs tailed off towards the end with buyers getting filled up hence the clearance was 87%.

Ewe lambs buyers were more selective with prices above £100 for the bigger lambs suitable for tupping, tight skinned lambs were also sort after.  WJ & DJ Williams, Nefyn sold his first prize pen of five for the top price of £170/head.  This purchase was made over the phone by Jo De Meyst, Belgium.  G & A Fort travelled from West Yorkshire and sold two pens of five for £130/head to J & V Grigg, Launceston.  AW Hughes, Garndolbenmaen sold a pen which was the same way bred as the champion shearlings for £125/head to A West, Malling.

As well as there being a sound trade for the pedigree type females there was also a sound trade for commercial females with several buyers there to fill their trailers/wagons.  The sheep being sold in larger batches i.e. pens of 10 and 15 meant it was easier for these buyers to buyer the numbers they needed.  Many shearling ewes could be picked up at £112-£150/head.  In the ewe lambs £70-£95/head was able to buy many pens.

The ringside remained busy for the sale of rams with the top price being made by the Champion Ram Tacho Dedwydd, a shearling ram from WJ & DJ Williams.  Sired by an E & D Jones ram he is out of a homebred ewe.  This classy looking ram sold for 1500gns to the pre-show judge Michael Miller, Dorset.

Next to top was Paul & Sarah Eckett’s shearling, Marlott Dylan.  Sired by a Geldard ram out of a Bennett ewe.  This ram has been shown successfully, he was breed champion at Bath & West.  He won 1st prize in the West Country Club Member class in the earlier show he sold for 1300gns to J Spay, Tamerton.

The first ram through the ring from E & D Jones, Lluest Demonstrator sold for 1200gns to J Shipton, Dorset.  Sired by Wraycastle Ben.

The Non MVA section saw confidence with 100% clearance across all pens.  Shearlings ewes to £116/head.  Ewe lambs to £72/head.

Shearling Ram from a Member of the West Country Club

(Use the arrows to scroll though) 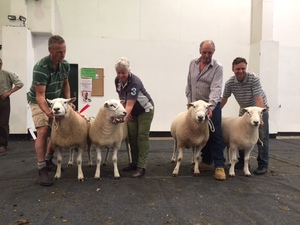 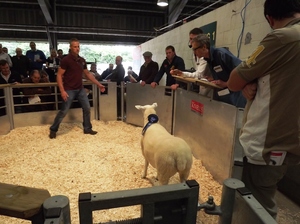 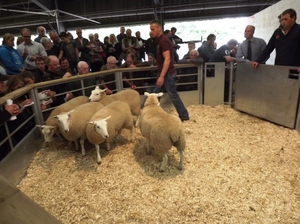 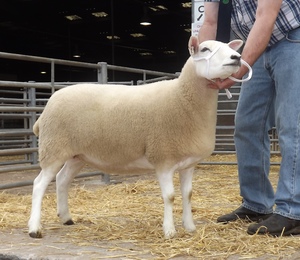 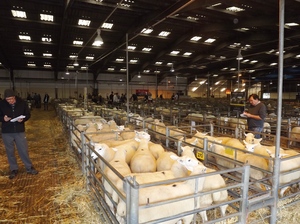 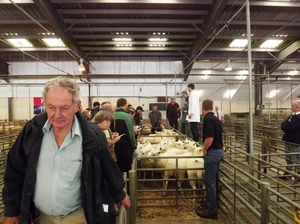 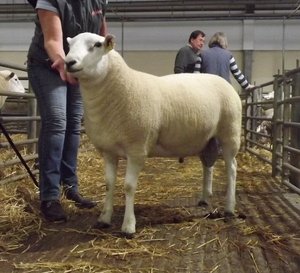 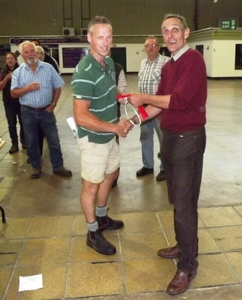 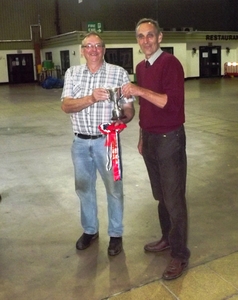 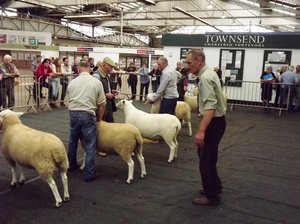 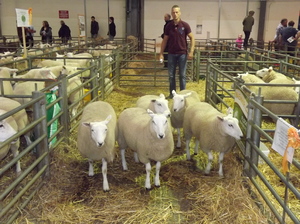 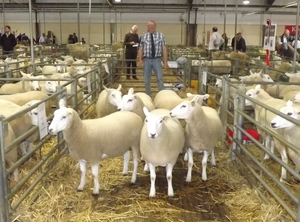 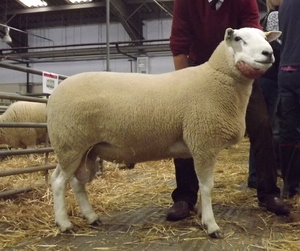 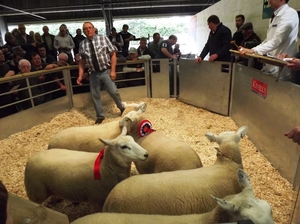 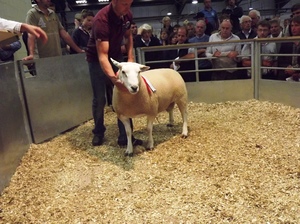 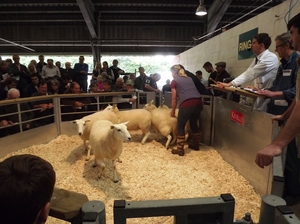