Demand for females was evident from early in the day at Ross on Wye with the pens busy prior to the sale.  The demand continued from the older ewes through the shearlings and into the ewe lamb section.  100% of the shearling ewes and older ewes were sold with only a couple of pens of ewe lambs unsold.  The higher number of rams entered enabled buyers to be more selective with those rams picked out before the sale making a firm trade.

Shearling ewes saw a top of £225/head for the first prize pen of five from JF Robinson, Church Stretton.  These were purchased by the pre-show judge Richard Twose, Whitland.  Next to top was Helen & Roger Wells, Cardigan with a pen of ten selling for £202/head to A Naylor, Cowbridge.  JA & R Geldard & Sons, Kendal sold the 1st prize pen of ten for £182/head to DA & T Pyke, Whitchurch.  Their 2nd prize pen of five sold for £185/head to D O’Brian, Argoed.  Ten pens in total realised over £170/head with many pens selling in the £160’s.

Ewe Lambs topped at £130/head twice.  The first pen was the first prize pen of ten lambs from TP Radford, Heydour.  These sold to Jo De’Meyst hence they will be going to Belgium.  The same buyer bought all Mr Radfords lambs including the first prize pen of five for £118/head.  The next to realise £130/head was from Mr & Mrs C Price, Upperchapel, they sold to J & W Grigg, Cornwall.  DW & CF Morris, Carmarthen sold a pen of five for £125/head to DA & TJ Pyke, Whitchurch.

The commercial type shearings could be picked up from £130 to £160 depending on size and skins.  Ewes which had been summered hard and/or lambed as ewe lambs but were ready to move forward were being picked up for £130-£140.  Larger tupping lambs were easily realising £100 plus.  The spike in the prime lamb this week seems to have boosted confidence hence helping the base price for lambs with nothing sold for under £72.  With new classes for pens of ten females, commercial buyers were finding it easier to gather their required numbers.

Rams saw excitement when DJ Steen, Lockerbie sold lot 439 a Ballylinney ram for 6200gns.  Both the parents of this ram are homebred with the grandsire being a Sackville-Hamilton ram.  With interest on the phone as well as in the ring, he was bought by a Skelton Farming Ltd, Saltburn by the Sea, North Yorkshire.

DJ Steen’s second Ballylinney Ram, lot 440 sold for the next top of 1500gns to joint purchases D Stacey & CM Crudge from the West Country.  This ram was sired by a Tacho ram.

Record Prices at Ross on Wye

The record price held for rams at Ross on Wye is 8250gns which was made by Emrys & Dylan Jones, Machynlleth in 2009. 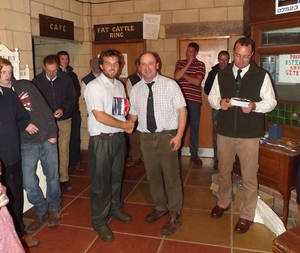 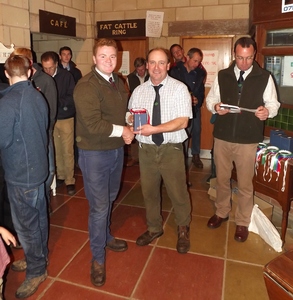 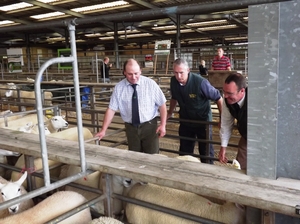 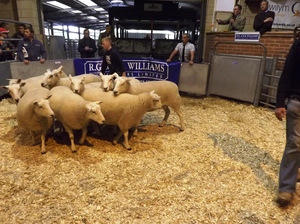 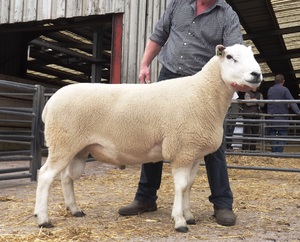 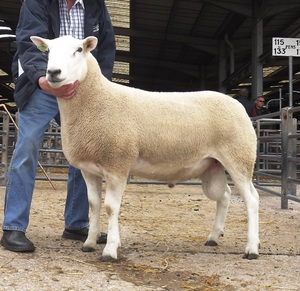 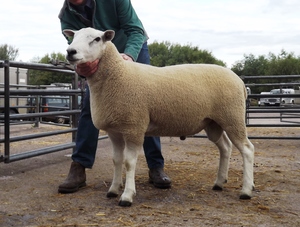 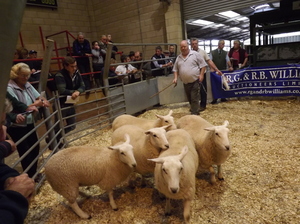 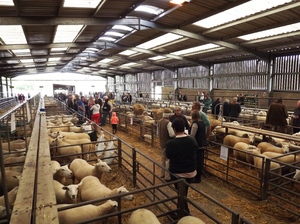 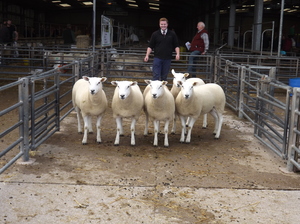 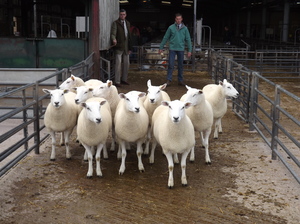 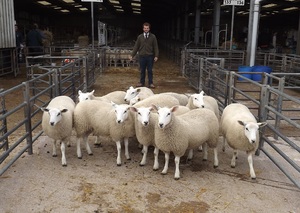 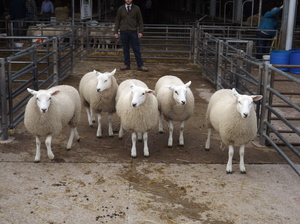 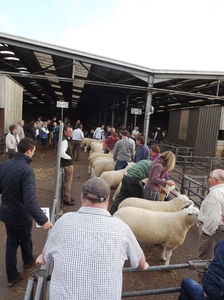 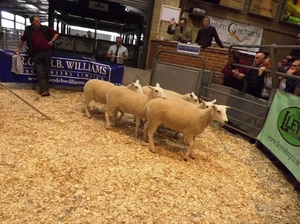