The final Society sale of the 2015 season finished on an upbeat note.  Strong clearance rates were seen across all sections.

The shearling ewe section saw the prize winning pen from JK Goldie, Dumfries top with £205/head, selling to H Metcalfe, Silsden.  Next was Orchard Lleyn from the Goldie Family which sold for £180/head to M Kinnes, Driffield.  There were three pens sold at £155/head.  DCS Alexander, Galston sold a pen of 11 to Stainfield Farm, Market Rasen.  D & SK Crane, Thirsk sold a pen of five to R Wood & Co, Lathom.  AW Davies, Pwllheli sold a pen of six to B Tubby, Norfolk.

There were several commercial buyers looking to buy 20 to 30 ewes as well as new breeders looking to build their new flock.  Shearling ewes were easily bought for £120 to £150/head.

Ewe lambs also saw a ‘plucky’ trade helped by sellers of the shearling ewes returning to the ringside to purchaser replacements to run round for next year.  WJ & DJ Williams, Pwllheli topped the section with the first prize pen selling for £125/head to John Kingan, Dumfries.  Farmstock Genetics, Selkirk sold their third prize pen at £120/head.  Peter Knowles, Kendal sold a pen at £112/head, both of these lots were purchased by John Kingan.

With the majority of lambs presented being running lambs, they were selling for £75 to £95/head.

An encouraging ram trade was seen with bids for most rams.  MJA & SIJ Shields, Otley topped the section with their Timble ram.  Sired by a Laga ram, out of a homebred ewe.  He was passed in the ring but later the price of 1000gns was agreed with buyer Linda Barnard, Malton.

Next came the reserve champion Lochar Deposit part or the Orchard Lleyn Flock consignment from the Goldie Family.  Sired by Lochar Clansman, out of a homebred ewe he was purchased by M Kinnes, Driffild for 750gns.  From the same home was Lochar Digit by the same sire.  He was purchased for 700gns by G Hopkinson, Preston.  T & B Fort, Keighley sold the third prize ram, Brightonhouse Destiny for 700gns to H Metcalfe, Silsden. 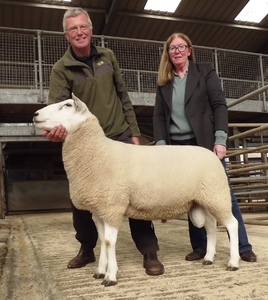 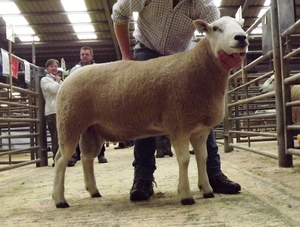 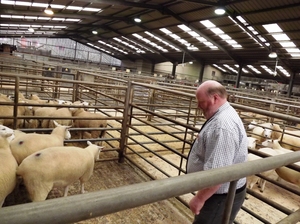 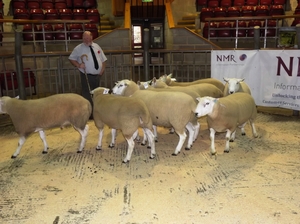 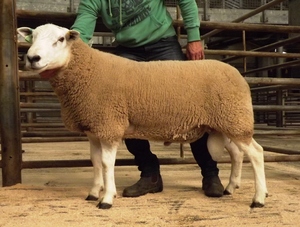 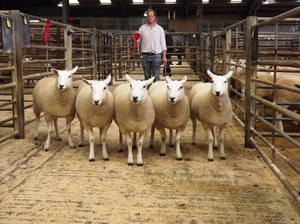 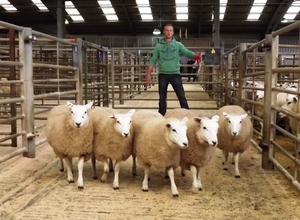