Buyers were selective across the board today with new breeders looking to set up registered flocks picking out the quality ewes.  Those ewe lambs picked out were also keenly sort after especially those with more size.  The rams were harder to sell, leaving the ring unsold but finding purchasers in the pens after.

The shearling ewes saw an excellent average with the top end sheep selling to exceptional prices.  Hamish Goldie, Ruthwell topped the sale with a pen of five at £410/head.  His champion pen of five raised £380/head.  Both pens were bought by Rosneath Farms, Helensburgh.  JK Goldie, Ruthwell sold a pen at £280/head to I Paterson, Tiree.  The same buyer paid the same price for a pen from JA & R Geldard & Sons, Kendal.  There were three other pens sold at £190/head twice and £200/head.

Commercial shearlings were harder to place especially the smaller ewes.  These were being sold at £105/head to £150/head.

There was a small number of ewe lambs forward but some great quality.  CC & C Crawford, Forth topped the section with their two pens, firstly at £155/head and then £150/head for the second prize pen.  Both were bought by S Miller, Isle of Mull.  The first prize pen from Farmstock Genetics, Selkirk sold for £130/head to the same buyer.  Other lambs sold for £100/head.

The Goldie Family topped with the rams.  JK Goldie, Ruthwell sold the second prize ram, Lochar Dusk bred from an E & D Jones ram for 900gns.  He was purchased by NK Blair, Kilry.  From the same home came Lochar Display by another Jones ram.  He was purchased for 800gns by WA Osborne & Sons, Gorebridge. 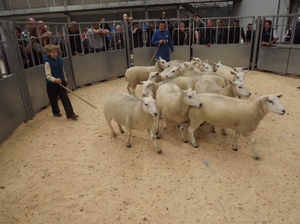 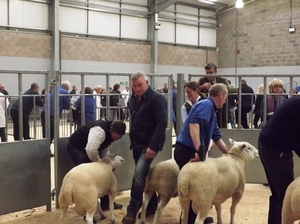 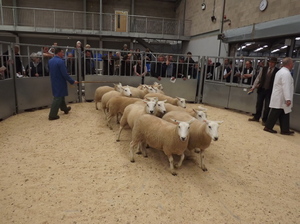 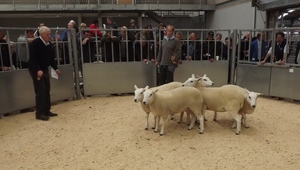 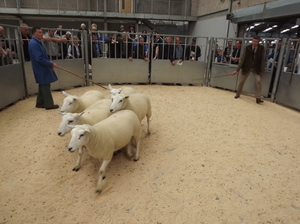 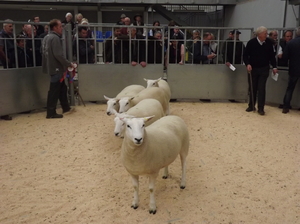 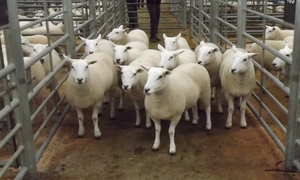 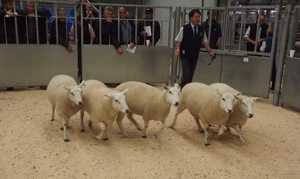 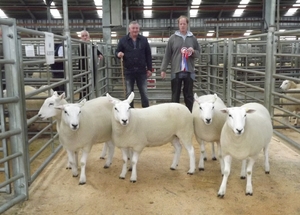 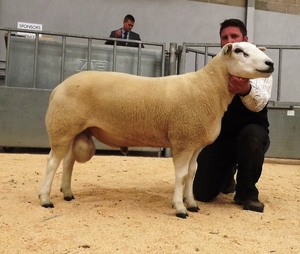 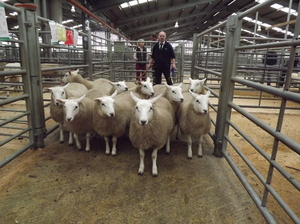 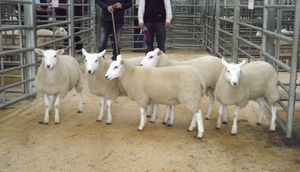