A stable trade for females today at Welshpool whilst rams saw a more careful return from the purchasers.  The results of the pre sale show followed through with the top prices going to winning stock.

For the commercial buyer there were many pens of quality shearling ewes that could be bought for £125 - £170, suitable for taking home and crossing for prime lamb production.

Well grown lambs suitable for tupping were easily sold for £100/head plus.  Running lambs were being sold for £75 - £90/head.

The long journey from West Yorkshire was made worthwhile for T & B Fort of Keighley.  Their shearling ram Double Diamond, sired by a Goldie ram, out of a homebred ewe was awarded the ram championship before going on to make the day’s top price of 2500gns.  He was taken home by J2 Farming, Oswestry. 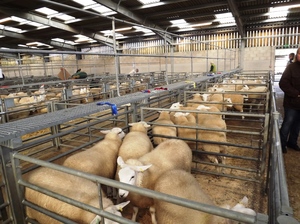 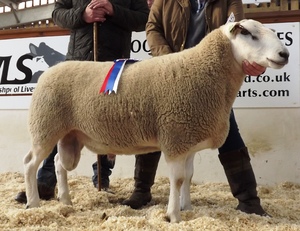 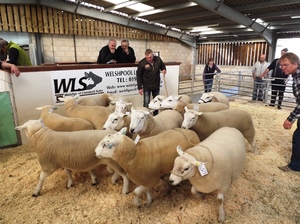 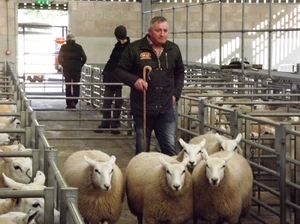 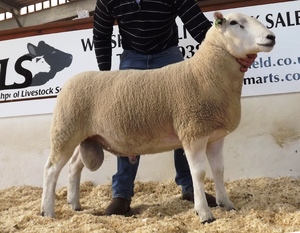 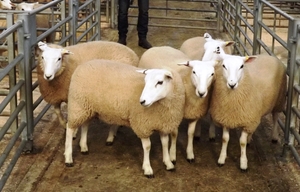 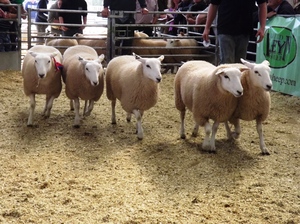 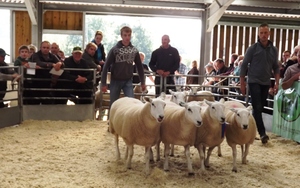 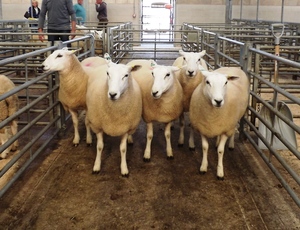