It was a very warm Thainstone Sale this year, however, there was no shortage of buyers especially for the females.

The show was judged by Colin Crawford, Crooklands Lleyn, Forth who bought himself some birthday presents from David Henderson, Stonehaven who was also celebrating a milestone birthday. Both men were delighted with their celebrations which included cake after the judging of the show.

There were some new buyers in amongst the crowd which was pleasing and promising for the breed, we also had a new breeder selling for the first time.

There were 20 shearling rams forward for the sale, with top price going to W & N Lawrence, Ellon at 750gns.┬Ā The male champion a Laga Ram from Michael Cursiter, Laga farms, Orkney sold to Judge Colin Crawford for 650gns. 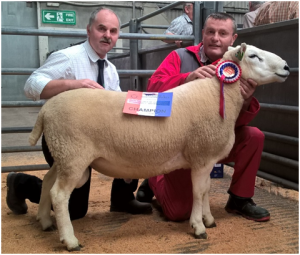 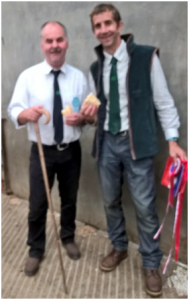