There was a strong demand across the board at Ballymena with demand outstripping the supply.  There was 100% clearance on the shearling ewes with all female averages up on the year.  A handful of rams that were not sold through the ring found buyers outside hence only three rams returned home unsold.

The shearling ewes saw much demand with C & A Kennedy, Ballyclare topping the sale at £300/head with their third prize pen to George Kennedy, Larne.  The first prize pen of five from N Johnston & Son, Portrush sold for £270/head to Barry Latimer, Trillick. Aubrey Bothwell, Maguiresbridge realised £245/head for the second prize pen, they sold to Joe McGee, Drogehda.  There was a mixture of both commercial and registered breeders looking to purchase hence many pens sold at £140 - £180 with the handful of pens selling for £190/head and over.

Demand for stronger tupping lambs was seen with less buyers for the smaller running lambs.  Russell Millen of Coleraine topped the ewe lamb section when selling his 3rd prize pen of five for £152/head to Mary Gordon, Enniscrone.  Next Aubrey Bothwell sold a pen of ten for £135/head to J Collins, Castlereagh.  J & C Kennedy, Ballyclare sold a pen of five also for £135/head to A. Adair, Castledawson.  Many pens sold over the £100 mark with smaller running lambs selling from £82/head and up.

Barry Latimer, Trillick topped the prices in the rams with his third prize.  He sold Girgadis Floozie sired by Incheoch Braemur for 1050gns to Aubrey Bothwell, Maguiresbridge.  The Bothwell family then sold ‘Frazer’, sired by Southam Casper for 860gns to Dale Orr, Downpatrick.  There were three rams sold for 850gns.  The first was Girgadis Fizz Bomb from Barry Latimer.  Again, sired by Incheoch Braemur he was purchased by Andrew Dodd, Sligo.  C & A Kennedy, sold the next two.  Mileview Ferrari by a Lluest ram to James & Justin Morgan, Newry.  Mileview Frampton by the same sire sold to Hugh Montgomery, Portadown. 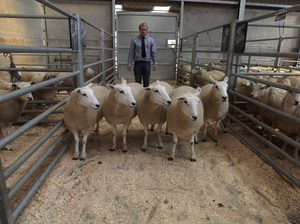 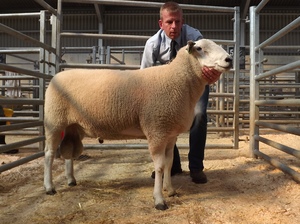 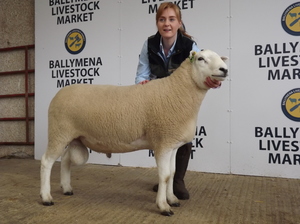 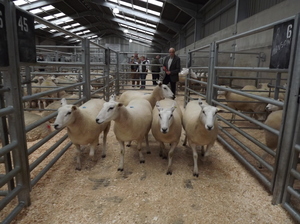 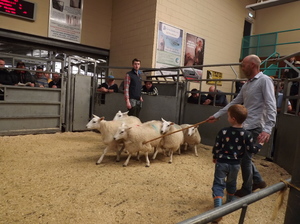 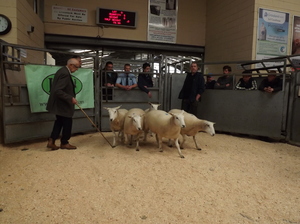 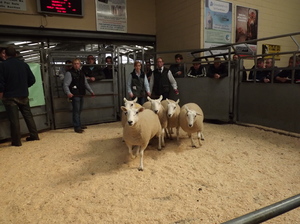 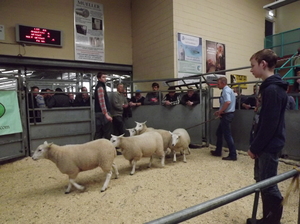 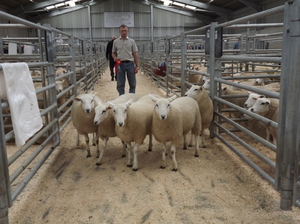 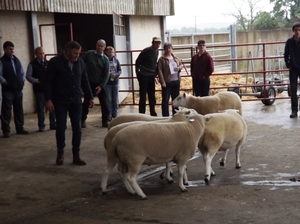 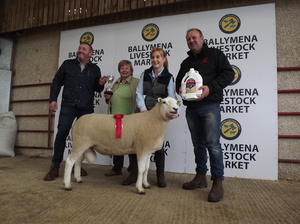