It was the Inaugural sale of Lleyn sheep at Brecon Mart.  It certainly caused intrigued with a substantial crowd attending the mart.  There was a strong commercial customer base with a couple of new society members also purchasing to set up new flocks.  Many of the rams were bought for crossing, heading for Welsh hill flocks to help lift prolificacy and milkiness of their commercial sheep.

The shearling ewe section topped at £195/head for the 1st prize pen from R Bennett, Meifod.  This pen of five were purchased by R Marshall, Carmarthen.  Next the second prize pen from WJ & DJ Williams, Pwllheli sold for £174/head to L Organ, Llandysul.  S & E Radcliffe, Gower sold a pen of five for £170/head to Twose Farms, Whitland.  The stronger ewes could easily realise £140 and up leading to a good clearance in this section.

Ewe lambs saw an improving trade as the section moved through.  The top price of £140/head was realised by the last vendor into the ring.  JF Robinson & Sons, Church Stretton sold a pen of nine for £140/head to C & R Bowen, Haverfordwest.  Mr Bowen had earlier sold the first prize pen for £135/head to BG Brace, Kidwelly.  WJ & DJ Williams, Pwllheli sold for £125/head to J & E James-Evans, Lampeter.

In the ram section it was the first ram into the ring which topped the sale.  Macaroni Fergus from SCJ Phillips, Cirencester who is sired by Plasucha Bonzo sold for 580gns to GM Williams & Son, Newport.  There were three rams which hit the 520gns mark.  First Lionel Organ, Llandysul sold Southam Fivestar sired by Wold Lleyn Drill Sergent to SR & A Watkins, Llanwrda.  Colin Price, Brecon then followed through the ring with Felindre Fierce sired by Brighton Bounty who was purchased by A Williams, Trescastle.  The first prize ram from Dan O’Brien, Gwent, Valley Fury sired by a Penywern ram sold to DJ Hopkin, Swansea. The rams in the first half of the sale found homes more easily, once buyers had bought their quota the rams in the second half found it harder to be sold. 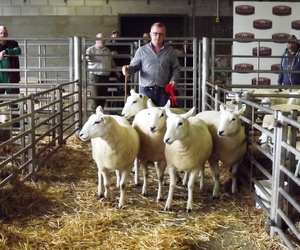 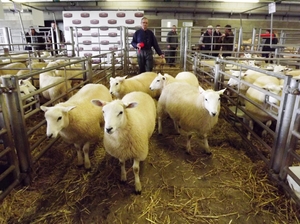 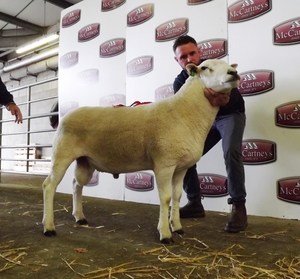 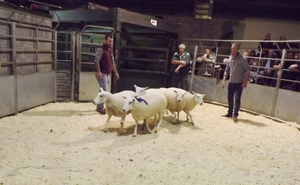 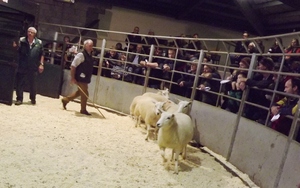 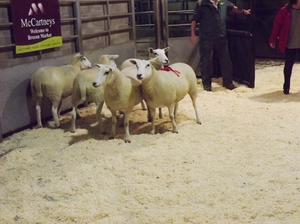 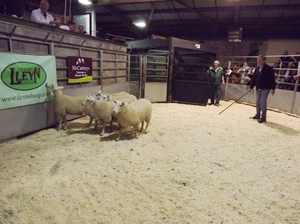 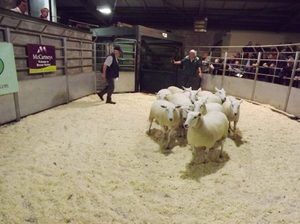 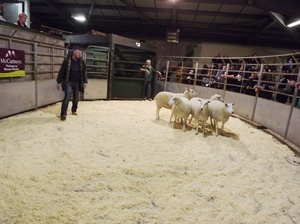 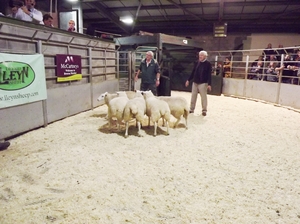 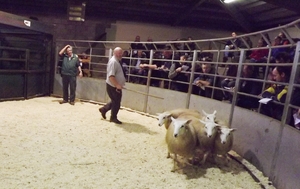 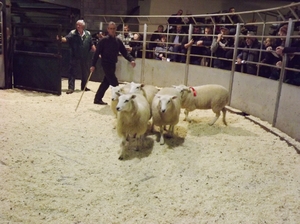 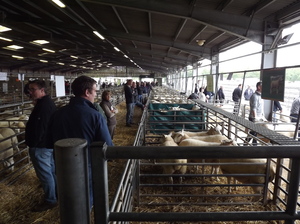 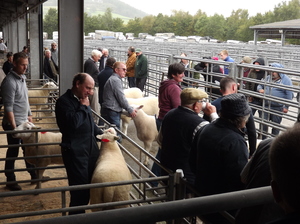 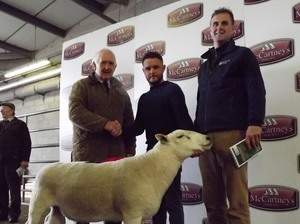