There was a buzz in the air with a busy crowd of people around the pens before the sale.  With the total sale entry down compared to last year, a greater percentage of rams sold with 81% finding homes.  This all helped see an improved average of +£117 on the shearling rams.

The highlight came from the pen of D Steen, Lockerbie.  He sold a Ballylinney ram sired by a Tacho ram for 3500gns to Simon Kavanagh, Skipton.  Next saw Laga Farms, Orkney sell a Lagas ram for 1300gns, this was a substitute ram which was sired by Borrins Dynamo.

The next highlights came from the pen of G & A Fort, Keighley.  They sold the days champion Brightonhouse Flying High sired by Lochar Clansman for 950gns to D & D Morgan, Ceredigion.  They then sold two rams for 1000gns.  First Brightonhouse Fastrack sired by Plasucha Bran, he was sold to Edward Williams, Glamorgan.  Then Brightonhouse Force by the same sire was purchased by DJM Farming, Bridgenorth.  E & D Jones, Machynlleth topped at 880gns for Lluest Finnigan who was sired by Lochar Cossity.  He was purchased by G Meyrick & Sons, Chipping Norton. 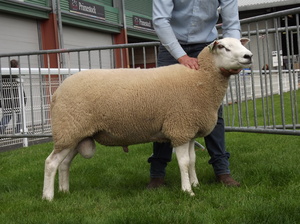 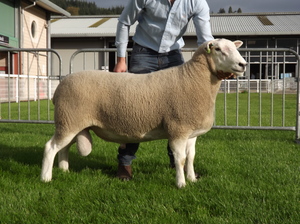 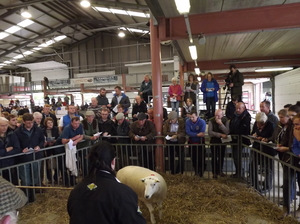 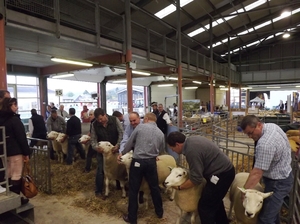 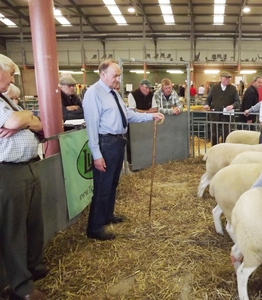