Averages up at Opening Sale

The opening Society sale at Exeter saw a sound and solid trade with averages up on the year.  There was a lively atmosphere around the mart with high clearance rates across the sections.  A strong commercial influence saw both new and return buyers for larger quantities to fill trailers with females ready for breeding this autumn.  Rams also saw a spritely trade with many buyers taking away more than one ram helped by the noticeably great quality put forward by the breeders.

The shearling ewes seemed to start cautiously but after a few pens found their stride and settled into a solid and even trade.  There were two pens that realised the £175/head mark.  First RHS Turner sold 10 to Harpers Holding.  Later in the sale GG & H Sevenoaks, Abergavenny sold 6 to Rob Irwin, Umberleigh.  WJ & DJ Williams, Pwllheli sold a pen of 6 for £168/head to Highgate Farms.  AG Selway sold 5 at the same price to I Sturla, Crediton.  Mr Selway sold the champion pen of five for £165/head to J Gay, Bristol.  Barring two pen all the shearlings sold with many pens £140 to £155/head.

The buyers in the ewe lamb section were seen as more selective with demand for tupping lambs rather than running lambs.  Colin Price, Brecon sold the top priced pen which was second in the pre sale show to SP Gubbin & Son, Launceston for £125/head.  Next was the first prize pen from WJ & DJ Williams which sold for £123/head to BA Willis, Yelverton.  DW & CF Morris realised £120/head for a pen of five to C Stewart, Carmarthen.

There was a busy ringside when the rams came forward.  The pre show champion, Tacho Force from WJ & DJ Williams took top price of 1400gns when purchased by DC & C Evans, Ivybridge.  This shearling ram is out of a Tacho ewe by a Wraycastle ram.  Next was DW & CF Morris with Penywern Frankie.  This shearling ram is sired by Penywern Anchorman, out of a Plasucha ewe.  He was bought by FW Brewer, Exeter for 1100gns.  Three rams sold for a 1000gns. WJ & DJ Williams, Tacho Formidable, AG Selway with a Thornhill ram and MH Miller, Blandford with a Milton ram. 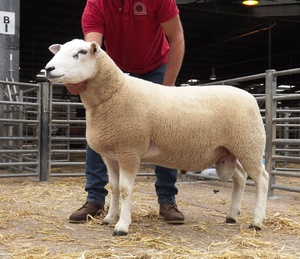 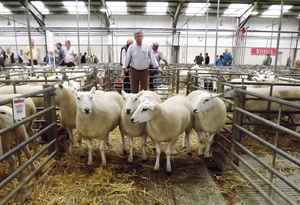 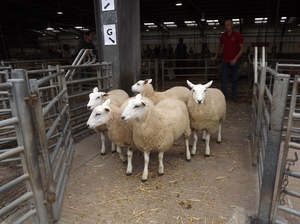 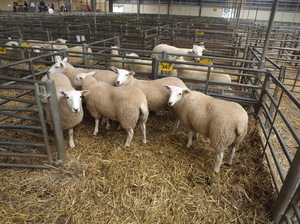 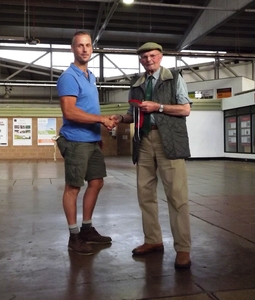 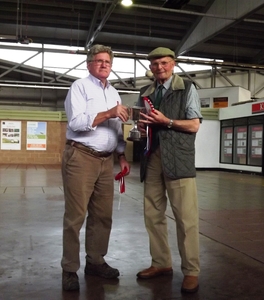 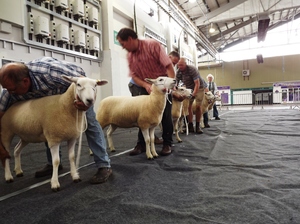 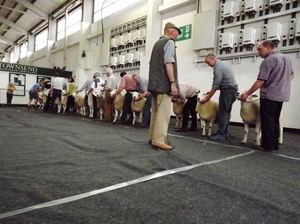 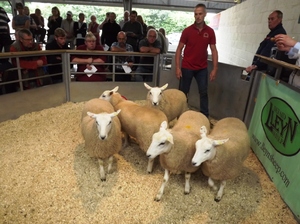 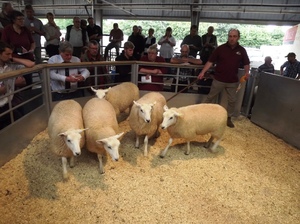 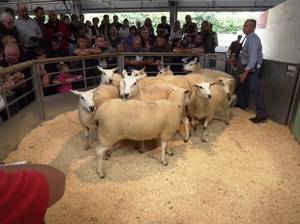 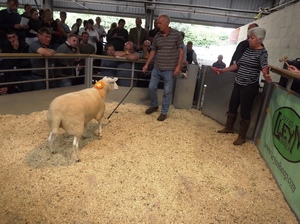 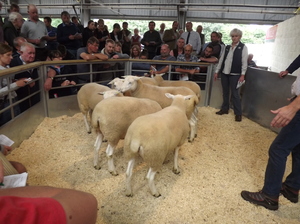 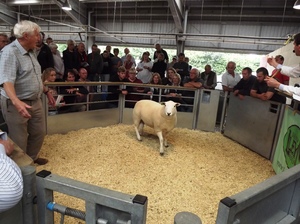 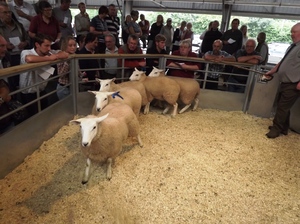 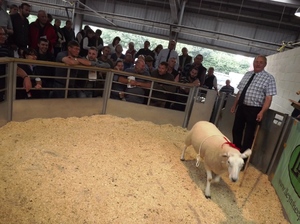 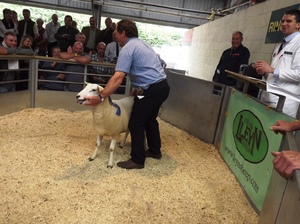 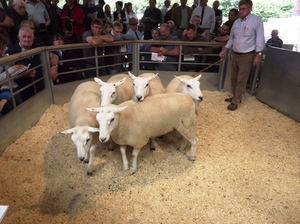 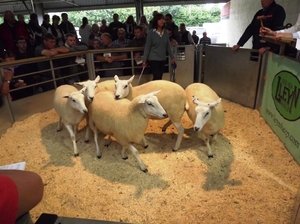