There was an encouraging crowd of people at Ruthin today.  With a decent entry forward buyers had the advantage of plenty of choice when making their purchases.  There were strong clearances across the female sections with some rams later in the day harder to place.

Ewe lambs saw a firm demand for tupping lambs.  The top price was achieved by the first prize pen of five from J & R Twose, Carmarthen which sold for £148/head to RJ Ryan, Abergele.  J Barrow & Sons, Appleby realised £144/head for one of their pens which was bought by D Jones, Pwllheli, the same buyer bought another pen from them at £122/head.  JA & R Geldard & Sons, Kendal sold five for £138 also to D Jones.  DW & CF Morris sold his pen for £130/head.  Running lambs were changing hands for £75 to £90 depending on size and style.

There was a sound ram trade for those rams which had been picked out with buyers waiting for lots up until the end of the sale.  The top price was realised by DN Bennett & Son, Meifod with Plasucha Front Runner who sold for 5700gns to Lorna Scanlon, Lanark.  Sired by Goldies Detective he is out of a homebred ewe.  He had stood second in his class the night before.  WJ & DJ Williams, Pwllheli was next with Tacho Firecracker.  Sired by a Lionel Organ ram out of a homebred ewe he sold for 2800gns to John Morton, Penrith.  Christine Lewis sold a Brynowen ram sired by a Goldie sire for 1700gns to Ian Walling of Farmstock Genetics, Selkirk.  A third prize ram sired by Lluest Caradog from DW & CF Morris, Carmarthen, Penywern Faraday sold for 1600gns to C Stewart, Carmarthen.  At the same price E & D Jones, Machynlleth sold Lluest Faithful sired by Wraycastle Warrier to HE Jones, Machynlleth. 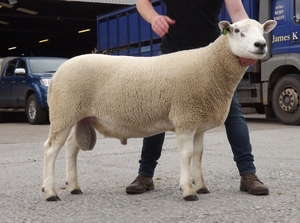 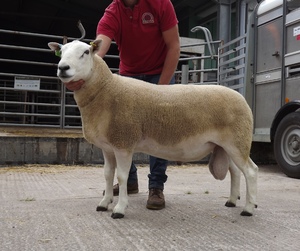 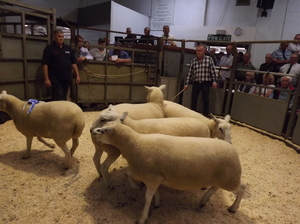 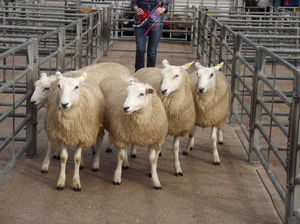 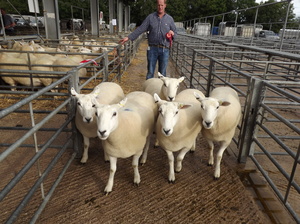 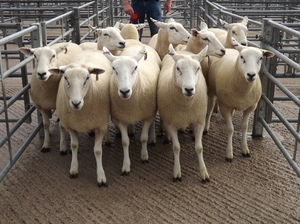 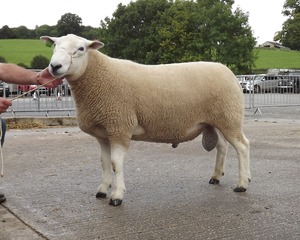 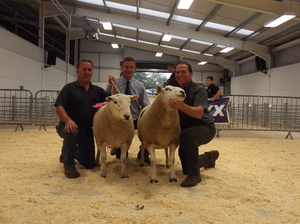 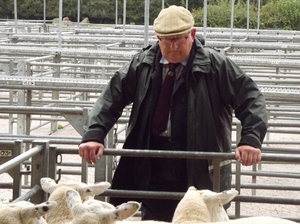 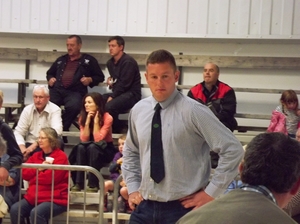 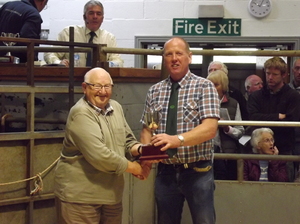 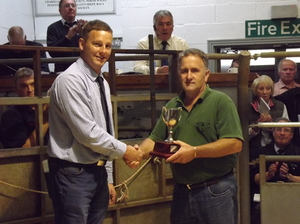 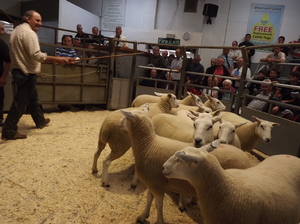 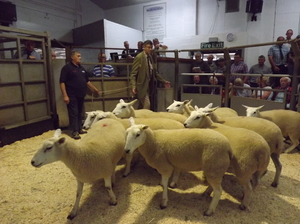 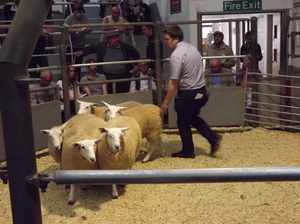 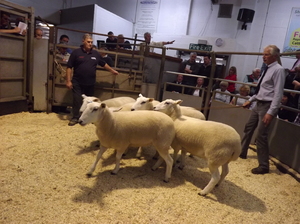 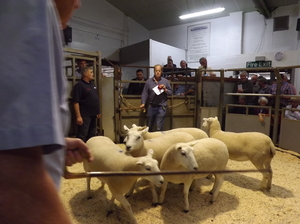 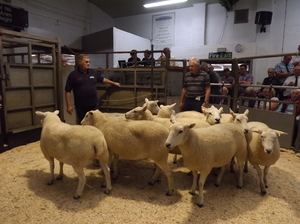 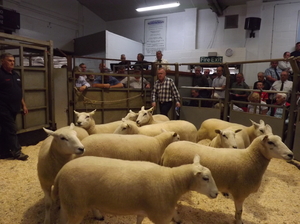 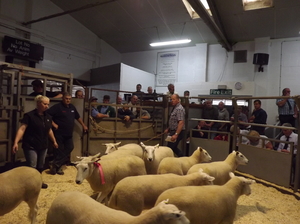 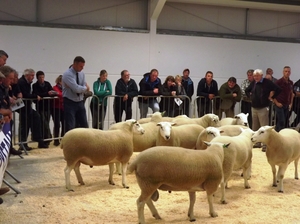 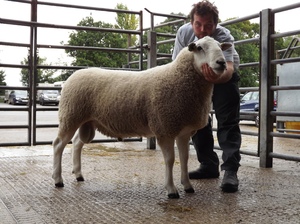 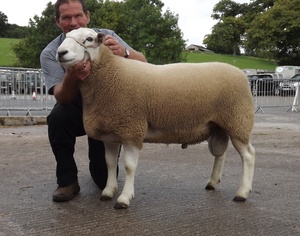