An encouraging day for breeders’ sheep which saw chosen sheep selling well.  Overall the averages for the senior ewes and shearling ewes were both up on the year.  Rams also saw many highs with the first two thirds of the sale seeing a strong clearance rate.

The shearling ewe pens topped at £300/head with D Steen, Moffat selling a pen of five to A Trainor, Newry, Co Down.  Next was JK Goldie, Ruthwell with the champion pen which sold for £280/head to HM Wells, Cardigan.  The second prize pen from H Goldie, Ruthwell sold for £270/head to DA O’Brien, Gwent.  C & A Kennedy, Ballyclare presented the third prize pen which sold for £250/head to AJ & A Mackintosh, Ravenglass. Orchard Lleyn, D Steen and L Organ had further pens at £200/head.  There were many pens finding homes from £115-£160/head depending on size and skins.

In the Individual shearling ewe class the Goldie Family dominated.  The first prize ewe from H Goldie sold for £1000. JK Goldie’s 2nd prize ewe sold for £300 , whilst the 3rd prize ewe from the Orchard Lleyn flock sold for £200.  All were purchased by Messrs Long, Ireland.

Ewe lambs saw a more muted trade with many pens sold from £72-£88/head.  There was a handful of pens which got away at stronger prices.  The top price in the section went to the 1st prize pen which were also reserve female champions in the pre-sale show.  T & I Walling, Selkirk presented a stylish pen which went on to sell for £140/head to PE Dixon, Kirkby Stephen.  Next WJ & DJ Williams, Pwllheli sold a pen of five for £118/head to TA Irwin & Son, Devon.  This was followed by Linda Jenkinson, Kirkby Stephen selling the second prize pen to M Mullan, Coleraine, Northern Ireland.

The ram section finished off a fantastic selling season for E & D Jones, Machynlleth when they once again topped.  Lluest (00599/1708612), sired by a Steen ram sold for 6000gns to breeders G & A Fort, Keighley, West Yorkshire.  From the same pen Messrs Jones sold Lluest (00599/1708649), sired by Wraycastle Edwaldo for 4500gns to R Millen, Coleraine & D Steen, Moffat.  The champion ram, Lochar Gladiator (01312/1704187) from H Goldie sold for 5500gns to the days judge John Dugdale for H & M Dugdale, Settle, North Yorkshire.  This ram won the shearling ram class before being awarded champion ram he is sired by Plasucha Chief.  C Lewis, Caersws, Powys also had a successful day with Brynowen Governor (01159/1703254) sired by Plasucha Dependable selling for 3700gns to Laga Farms, Orkney.  Mrs Lewis also sold Brynowen Gold Dust (01159/1703175) also sired by Dependable for 4200gns to A Kennedy, Ballyclare.  H & M Dugdale, Settle sold Borrins Giggle (01228/1710445) sired by a Knowles ram for 2700gns to HM Wells, Cardigan.  There was a busy crowd in attendance for the rams with a great atmosphere.  Many rams, particularly in the first two thirds could be purchased for 300-500gns.  Many breeder type rams were also changing hand for over 600gns with over 20 selling for 1000gns and above. 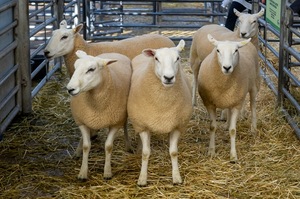 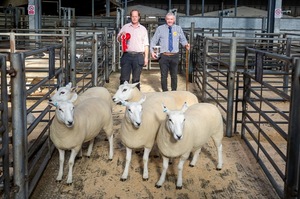 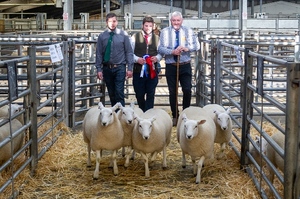 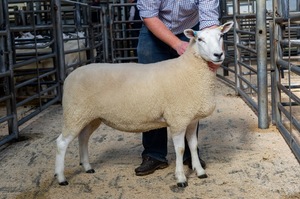 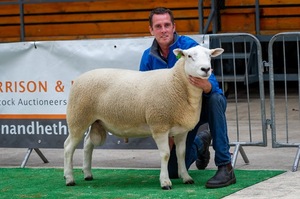 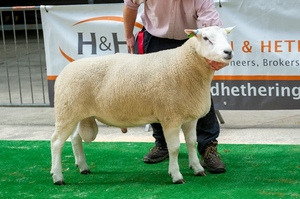 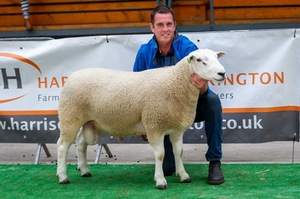 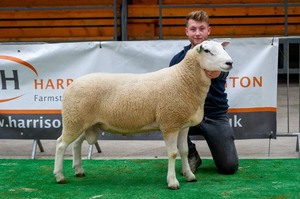 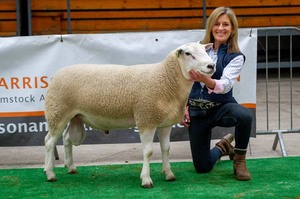 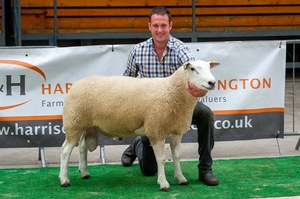 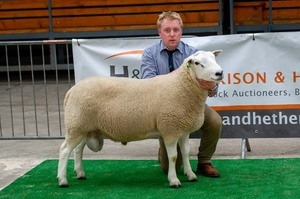 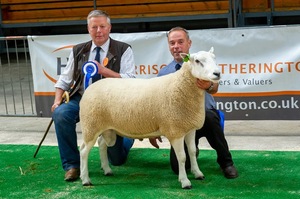 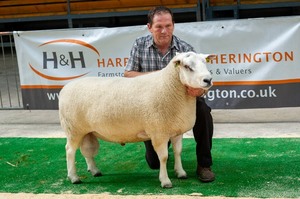 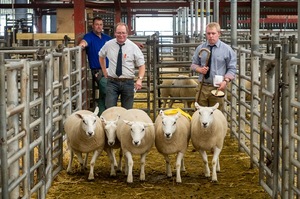 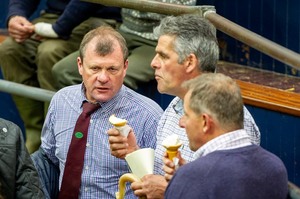 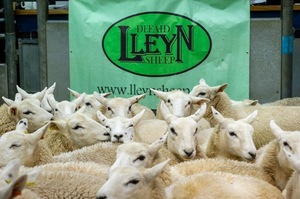 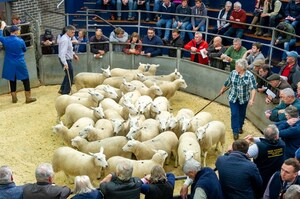 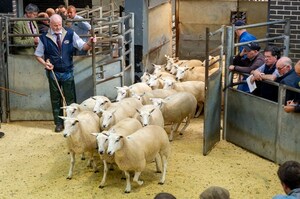 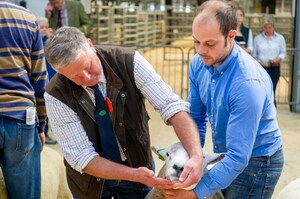 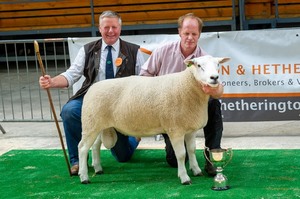 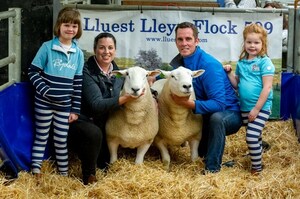 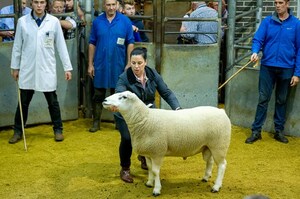