With the on-going after effects of the harsh winter and dry summer still lurking, there was much trepidation before the first Society sale of the season.  Fears were eased by a stable trade throughout the sale.  Although some ewes were showing signs of the dry summer, buyers seemed to be able to see past this with those that had faired a little better hence a little stronger benefitting from more bidders.

The senior ewes saw challenging trade, possibly hampered by this weeks dramatic drop in the cull trade.  The best saw a pen of 5 three year olds from AW Hughes, Garndolbenmaen and a pen of 3 three ewe olds from D & C Evans, Modbury both sell for £102/head.

The shearling ewe trade improved with later pens seeing the best of the days trade.  The top priced for the pens of ewes came from E & D Jones, Machynlleth, a pen of 6 which included the pen of 5 champion females.  This pen went on to sell for £180/head to Highgate Farm Partnership, Cornwall.  There were 3 pens which realised £165/head.  First Graham & Helen Sevenoaks, Abergavenny sold their 2nd prize pen of 5 to JR Williams & Daughters, South Molton.  WJ & DJ Williams, Pwllheli sold to Highgate Farm Partners.  AW Hughes, Garndolbenmaen sold to G Crossley, Cornwall.  Richard Turner, Honiton sold 5 for £164/head to T Hall, Penzance.  The non MVA section saw DW & P Lillyman sell shearling ewes to £123/head.  The sale was helped by several commercial buyers who had come to fill their trailers with numbers.

The ewe lambs saw quiet a ‘punchy’ trade.  DW & CF Morris travelled from Carmarthen and sold their pen of 5 for £116/head to SP Gubbin & Son, Launeston.  Also from South Wales, Colin Price, Brecon sold a pen of 5 for £111/head to the same buyer.  The second prize pen of 5 from AW Davies, Pellheli sold for £110/head to Harpers Holdings, Holsworthy.  There were many pens of tupping lambs in the late £90’s and over £100.  The smaller running type lambs were being sold when they reached £82/head and above. 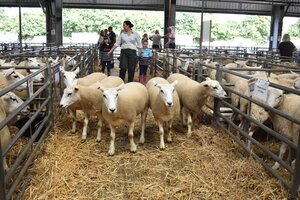 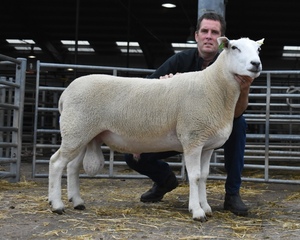 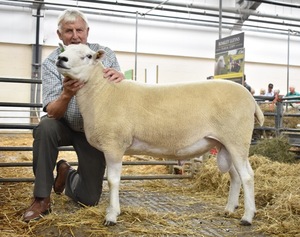 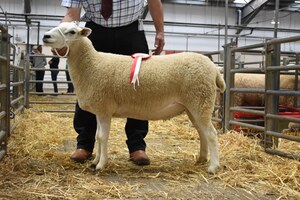 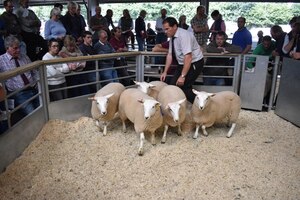 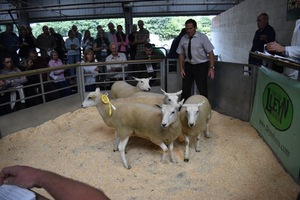 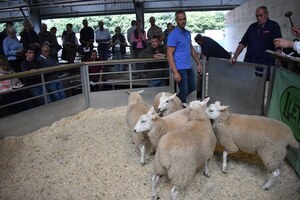 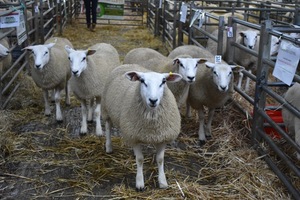 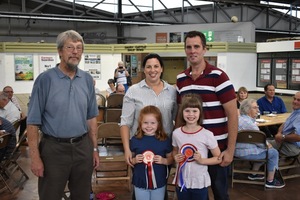 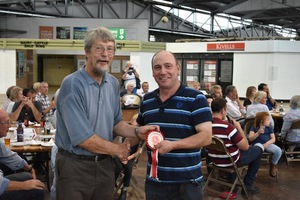 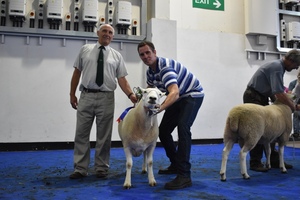 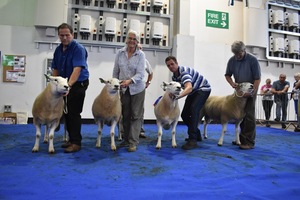