The glorious weather may have kept a few away as many farmers in the area are still combining and cutting 2nd cut silage/haylage. However, the sheep were looking good and should not disappoint their new owners.

There were a handful of ewe lambs put forward which were unsold on the day.

In the rams the top price of the day was realised by N Lawrence of Blackpots.  He realised 580gns for a Ram sired by Borrins Emperor sold to Messrs Hay.  Laga Farms sold shearling rams sired by a Jenkins sire for 520gns and 510gns both going to Shetland. 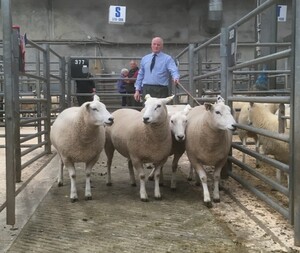 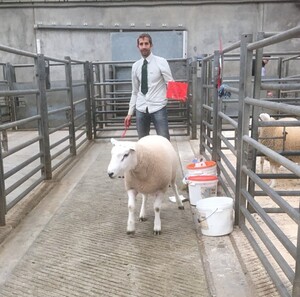