With a strong entry forward of over 1600 sheep, buyers were able to be selective, with stronger sheep achieving a positive trade whilst larger runs of sheep which had seen a harder summer were sold for commercial prices which have been seen in the commercial sales of recent weeks across the country.

The senior ewes were relatively easily sold with JF Robinson & Son, Church Stretton making their mark with their flock dispersal.  They sold two year old ewes for £140/head and £138/head to I Faulkner, Shrewsbury and RV & G Jones, Wrexham.  A pen of three year olds sold for £121/head to D & B Vaughan, Tufton.

In the shearling ewe section, it was the prize winners that topped.  T & B Fort, Keighley, West Yorkshire won with their pen of shearling ewes which went on to win the female championship.  They sold for £250/head to M Standerwick, Ellford.  DN Bennett & Son, Meifod sold the second prize pen for the next top price of £200/head to M Williams, Pwllheli.  J Hamer, Aston sold a pen for £168/head to J Morris, Presteigne.  E & L Thomas, St Clears sold the third prize pen for £163/head to M Standerwick.  There were many stronger pens selling for £120-£150/head.

Ewe lambs were more easily sold than some of the earlier sales with top end lambs selling for over £90. Many pens of smaller running type lambs did change hands for £70-£80.  Buyers had travelled from as far as Devon and Hampshire to purchase running lambs.  Again, it was the prize winners topping the section.  WJ & DJ Williams sold the first prize pen for £185/head to C Baxter, Glaptern.  AW Davies, Pwllheli sold the second prize pen for the same price to C Price, Lampeter.  The third prize pen followed from Twose Farm Ltd, Whitland, they sold for £142/head also to C Price.

Rams saw a similar type of trade to previous sales with supply and demand in favour of the buyer hence the chosen rams sold well with the top two prices coming at the end of the sale.  Both the top priced rams came from the pen of E & D Jones, Machynlleth.  Lluest (00599/1708791) sired by Wraycastle Emmanual stood third in the pre-sale show.  He was purchased in partnership by J Morton, Penrith and C Lewis, Caersws for 1500gns.  Lluest (00599/1708791) sired by Wraycastle Edwards sold for 1300gns to Twose Farms Ltd, Whitland.  The second prize ram from DN Bennett & Son, Meifod, Plasucha Guess Who (00893/1707866) sired by Lochar Conquest sold for 900gns to C Mullard-Davies, Bishops Castle. 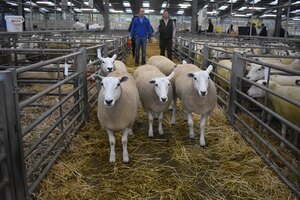 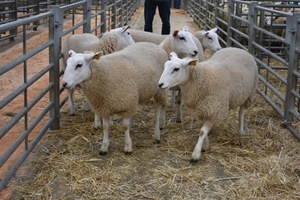 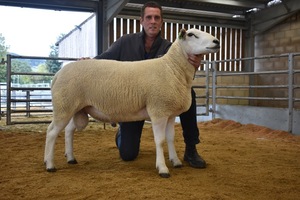 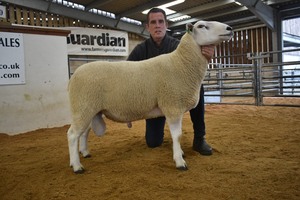 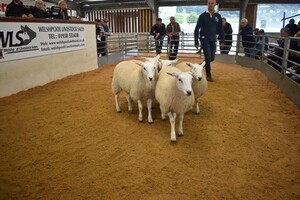 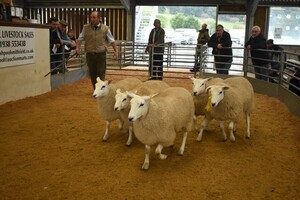 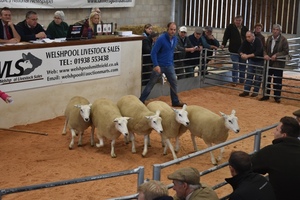 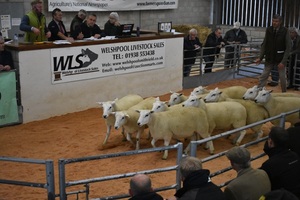 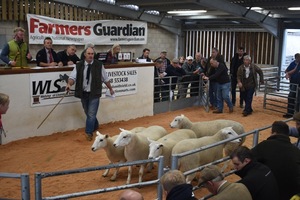 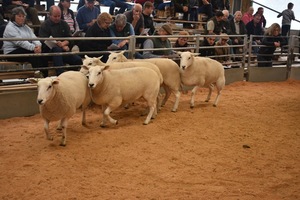 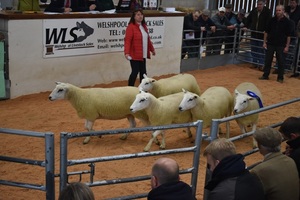 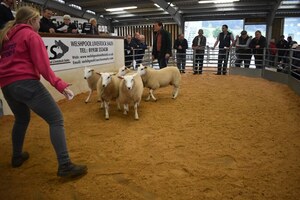 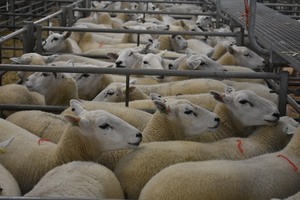 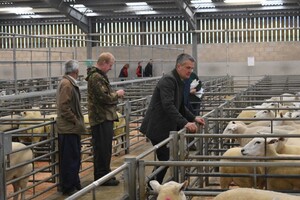 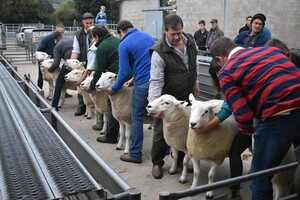 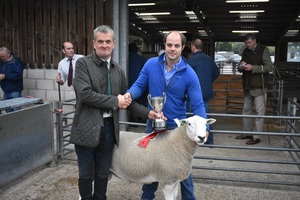 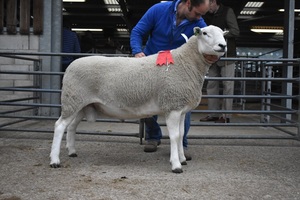 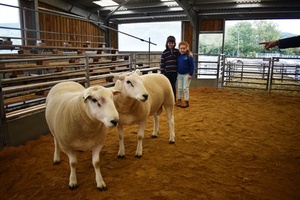