A sale full of energy with many new faces around the ring, albeit hidden under face coverings.  The averages in all sections were well up on the year and a record price for the rams.  Shearling ewes saw a clearance of 97% with the average €63 up.  Ewe lambs were €51 ahead and rams saw all except one find a new home with a top price of €2000.

The shearling ewe section topped at €300/head when C & H Long, Castlefin sold a pen of 5 to Fergal Leonard, Tullamore.  Next Alan McDonald, Killeigh sold his best pen of 5 at €275/head to Eileen Irwin, Bruff.  Mr McDonald sold a pen at €270/head to Dominic Sullivan, Mullingar.  Brian Matthews, Killeigh topped at €270/head when bought by Kenneth O’Donnell, Barnatra.  A handful of smaller sheep could be bought for around €200 but many pens realised €230-250.

The ewe lambs saw J Vance, Ballintra pull out some smaller lots and sell for €195/head, first to Lesley Cooney, Ballycreen and then Patsy Rooney, Leckaun, Patsy also bought one for €185/head from Mr Vance.  Pat Bobbett, Lusk made the journey worthwhile when he sold a strong pen of 10 for €180/head to James Irwin, Manorhamilton.  Many pens were sold €120-€150 price bracket. 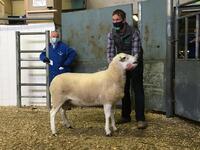 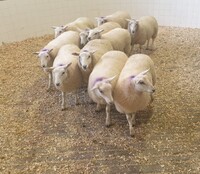 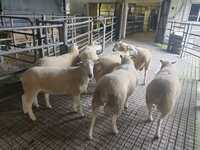 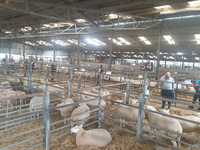