The final Society Sale of 2021 saw breeders complete the rounds after what has been a successful autumn breeding sheep sale season.  The week of the sale had seen obstacles with a change in weather and a national fuel quandary? However, there was still some buyers that had made it to Skipton looking for Lleyn sheep to take forward for the breeding season.

The shearling ewes saw £200/head achieved three times.  First G & A Fort, Keighly sold a pen to Braes Farms Ltd, Hellifield.  H & M Dugdale, Settle sold two pens to the same buyer.  A Bradley, Long Preston bought two pens for £190/head, firstly from G & A Fort and then from H & M Dugdale.  S Kavanagh, Draughton had his usual strong consignment and topped at £180/head for three pens, all selling to Grove Park, Tetbury.  Away from the top prices some smart pens were changing hands from £150-£175/head.

Ewe lambs saw a more buoyant trade with buyers seemingly more confident in the section.  The Champion pen from G & A Fort, Keighley sold for £135/head to AJ Rooke, York.  The second prize pen from Farmstock Genetics, Selkirk sold for £130/head to S Wisher, Driffield.  Following suit, the third prize pen from WJ & DJ Williams, Pwllheli sold for £125/head also to S Wisher.  C Price, from Brecon sold his pen away at £120/head to D Hall, Denshaw.  Most lambs changed hands at over £100/head with £105-115 seeing many pens move. 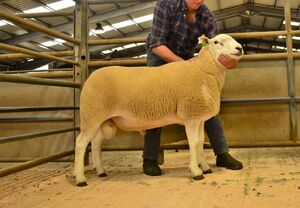 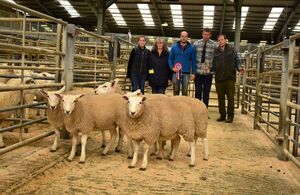 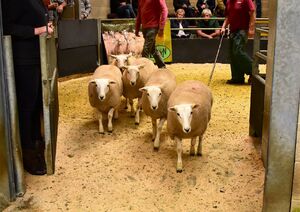 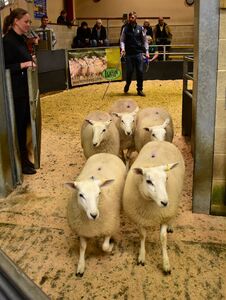 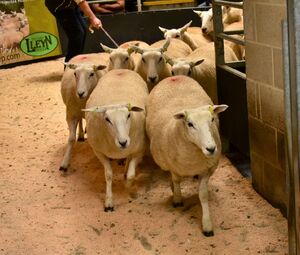 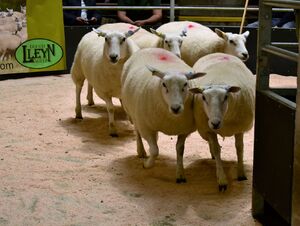 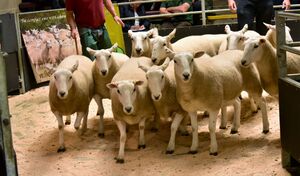 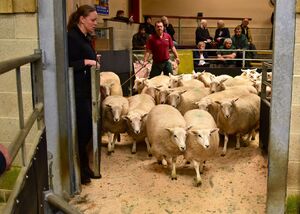 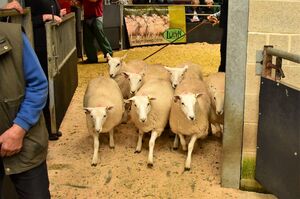 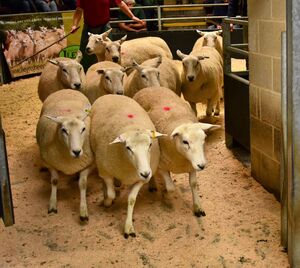 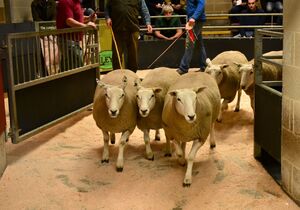 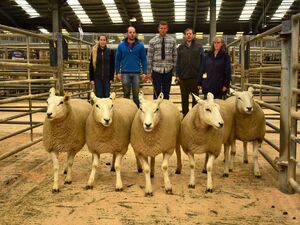