It was a day when buyers picked out and paid well for quality sheep.  Strong prices been received for those selected.  The shearling ewes were topped by the 2nd prize pen from E & D Jones, Machynlleth when selling at £310/head to PJ Busby, Aylesbury.  Messrs Jones sold a pen of eight at £260/head to AP James, Bridgenorth.  DN Bennett & Son, Meifod topped their trade with £290/head, selling to Lipley Beltex of Market Drayton for recipients.  H & M Dugdale made the journey from North Yorkshire worthwhile with a pen away at £230/head to DC & ME John, Crymmych.

There were a dozen pens finding new homes at £200 plus.  Several breeders had their primary pens away in the £180-190 bracket.  There was a price to suit most budgets with some changing hand below £160.

The ewe lamb section was topped by Twose Farm, Whitland who sold a pen of shorn lambs suitable for tupping for £155/head to Alaw James, Llandysul and F Brewer, Exeter.  Messrs Brewer bought their next pen at £150/head.  WJ & DJ Williams, Pwllheli sold the first prize pen at £150/head to AP Jones, Chwilog.  Farmstock Genetics travelled from Selkirk to sell their 2nd prize pen at £130/head to D W & CF Morris, Carmarthen to grown on to shearlings for sale next year.

Rams sold well, particularly for the first two thirds with plenty of bidders around the ring.  Away from the top prices there was a large number 600-700gns with very few sold under 400gns. 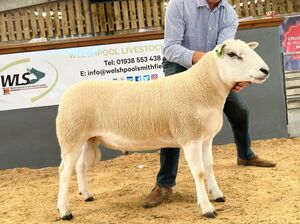 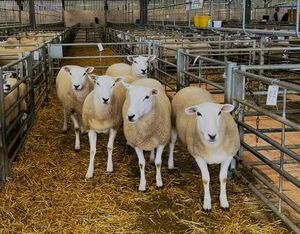 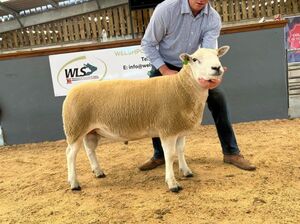 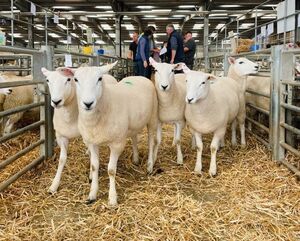 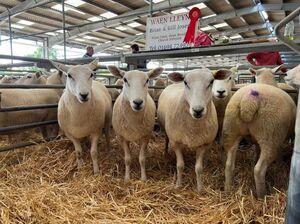 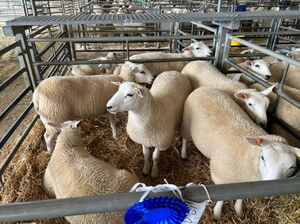 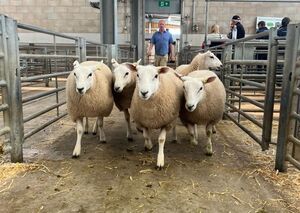 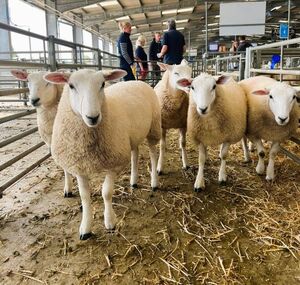 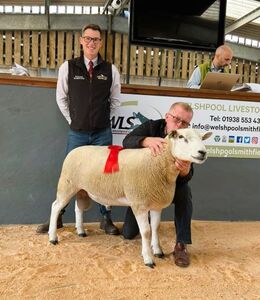 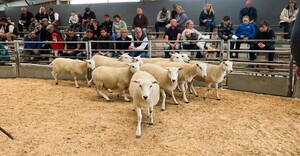 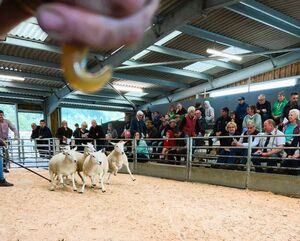 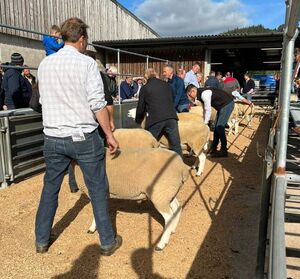 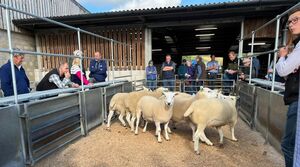