'The most successful Open Day ever'.... Nearly 90 farmers had a tremendous time at the West Country Lleyn Sheep Breeders Club event hosted by Sue and Ron Redwood at Winbrook Farm near Lifton, Devon on Sunday 6th August.

Sue explained that, between them, she and Ron 'have milked dairy cows, taught at Duchy College, run a business transporting horses to race meetings in Australia, grown a variety of stock and crops and run a feed mill, selling to (among others) the Sultan of Brunei'.

Sue started keeping sheep 12 years ago and took up pedigree Lleyn in 2011, buying females from well-established West Country flocks and rams from leading breeders. They bought Winbrook, 42 acres of rolling grassland with lovely views, two and a half years ago and have had plenty to do, 'putting up a large new wooden barn, reclaiming vast areas of shade produced by out-of-control hedges and refurbishing old stone buildings along the way'.

The Lleyn ewes are bred pure so that Sue and Ron can produce both breeding stock (shearling ewes and rams are sold at the Exeter Lleyn Sale) and prime lamb. 'Wether lambs are sold at 44 kg and grade well, mainly U's and R2 and R3L, with an occasional E'.

Carloads of visitors kept rolling in and everyone clustered around the fine display of quality Lleyn ewes, rams and lambs before setting out on a noisy, convivial and extremely informative farm walk through the different categories of sheep, all looking splendid in the summer sunshine, finishing up with Sue and Ron's excellent small herd of Hereford cattle.

There were crowds around the display sheep again, judging and ranking the ewes and guessing the weight of a pen of lambs...a truly interactive activity. There must have been some good judges - 21 put the ewes in the right order and three entrants were almost exactly on the button about the lamb weights. And then 'we went to the most splendid tea and cake session the world has ever seen'!Â All in all, the Open Day was extremely friendly, enjoyable and informative, bringing together lots of old friends and many new faces.

For those interested in Lleyn, the next Society Sale will be held at Exeter Livestock Centre on Thursday 24th August at 10 am (01392 251261).
John Adams 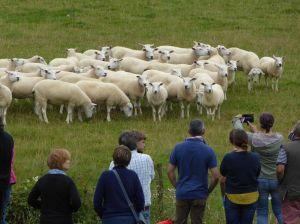 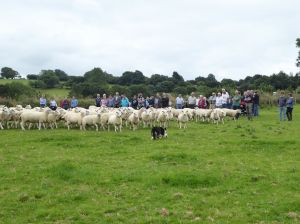 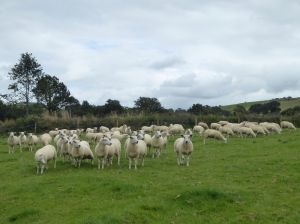 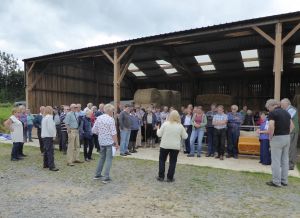 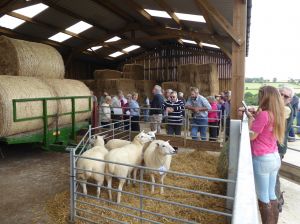 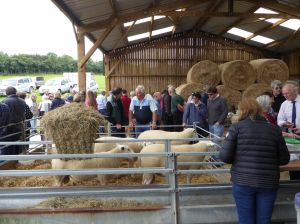 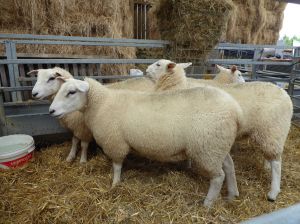 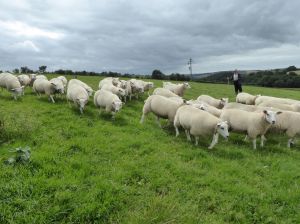 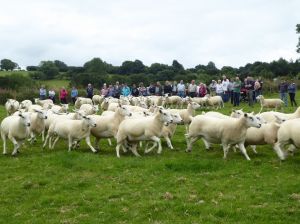 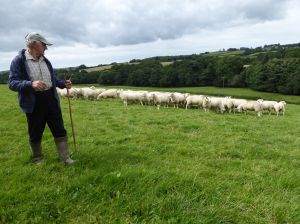 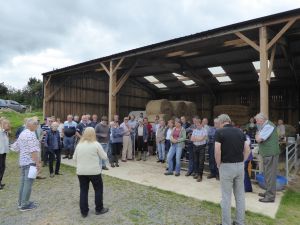 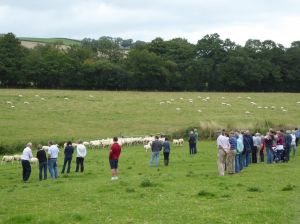