Jacob Anthony farms with his parents Peter and Emma alongside grandfather David, who was awarded an MBE for services to agriculture.  The family have farmed at Cwm Risca Farm in Glamorgan, South Wales since 1926.  Jacob is a fifth-generation farmer who completed a three-year agriculture diploma at Hartpury College before returning home where he was given sole responsibility for the sheep enterprise.

Jacob has become well known for being an enthusiastic young person who is not afraid to take on responsibility.  He has taken on roles within NFU Cymru, RWAS and YFC.  Has represented NSA as a Young Ambassador. He was noted when winning the Farmers Weekly 2018 Young Farmer of the Year Award with judge Hannah Moule of Moule & Co quoted as saying “one to watch”. 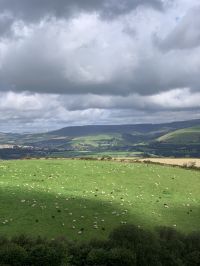 Jacob notes that, “In this part of Wales we have a lot of rain and it is relatively mild which is fantastic for grass growth”.  The land is made up of 100 acres of woodland, 300 acres of grazing only land (i.e. steep topography) and 300 acres of land suitable for forage and cropping.  The farm runs from 450ft to 850ft.

The sheep are an integral part of the enterprise at Cwm Risca.  They are used to graze the steep valleys and fields which are not suitable for cropping.  They work well on a mixed grazing system with the cattle.  Running the two species together allows the pastures to be kept cleaner and appears to help reduce worm burden.

The Lleyn ram is put over the Texel sired ewes to produce the LleynTex.  It was the 1980’s when Lleyn were brough onto the farm to replace the Beulah Speckled Face.  “We primarily use the Lleyn influence for their great mothering ability as well as prolificacy.  It allows us to breed our own replacements, keeping a closed flock” says Jacob.  As female replacements are all bred on farm, there is only the occasional ram to purchase to help introduce new bloodlines.  When asked what Jacob looks for when buying a Lleyn ram, he notes “all the necessary Lleyn characteristics accompanied by good confirmation, sound feet, correct mouth and ultimately decent testes!” 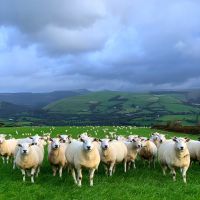 Since Jacob seized the reigns he has collected data, all lambs are tagged and weighed to monitor daily liveweight gains (DLWGs).  The best performing 250 ewe lambs are kept as breeding replacements.  Everything else is finished with the vast majority sold to Dunbia via the Wales YFC Lamb Scheme.  The scheme sees bonuses awarded for stock which meet the correct specification.  More than 80% of Jacob’s stock regularly hit this target which is a much higher percentage than the national average.

Another change Jacob has made is moving lambing from February to March/April, this has meant been able to remove concentrates from the flock’s diet whilst also decreasing the weaning age to 12 weeks.  The flock scan at 175% with very few triplets which is the aim.  Lambing takes place both indoor and outdoor depending on the weather.  Pre lambing, the multiples are fed ad-lib molasses, red clover and energy blocks whilst the singles just get red clover silage.

“We are really pleased with the LleynTex as this cross throws a fantastic sheep that is easy lambing, has high vigour and survivability.  As well as traits that enable them to finish quickly, achieve target weights and correct specification”. Jacob. 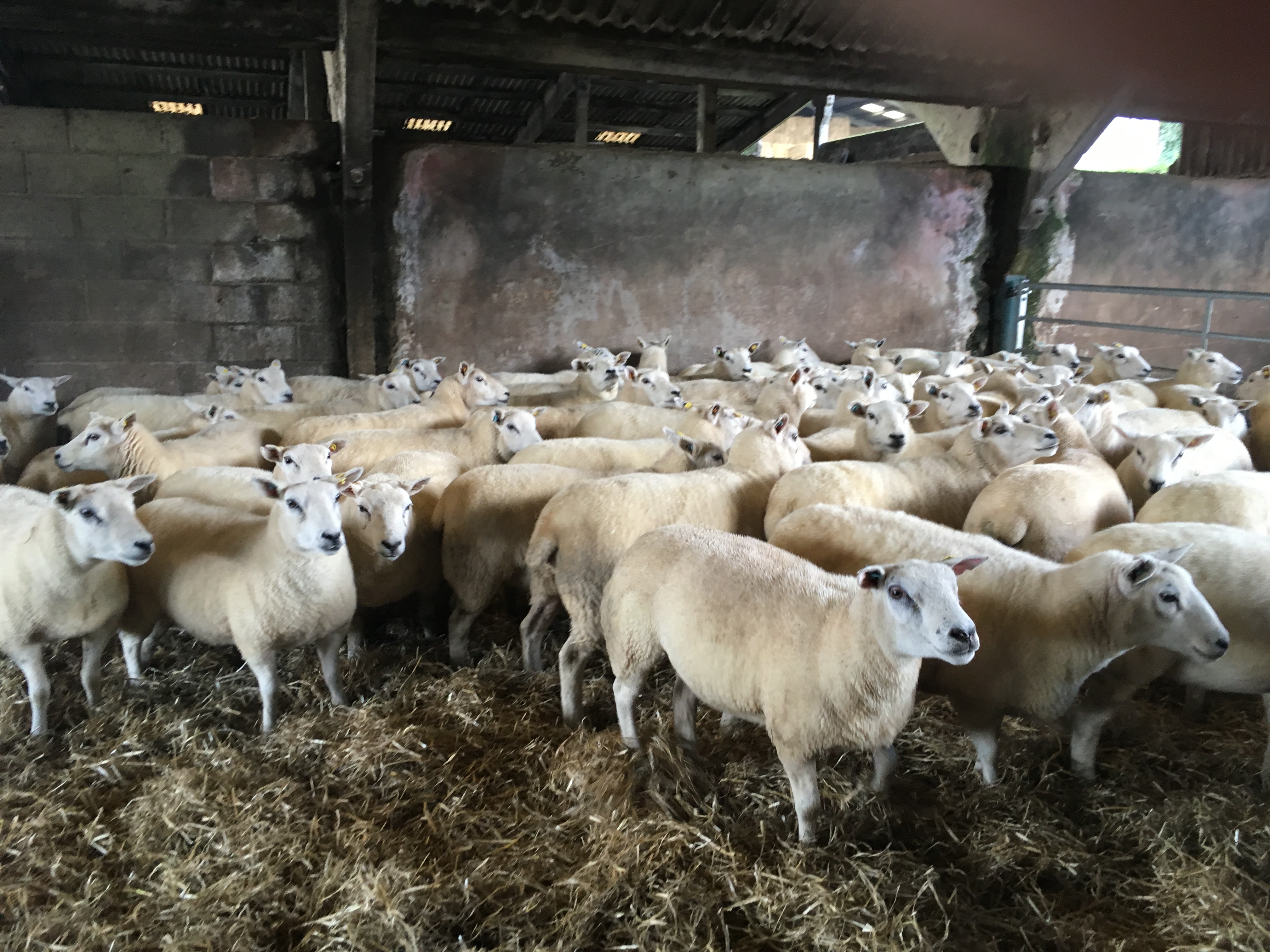 Jacob concluded with “I think the Lleyn is stand alone in terms of its adaptability to suit any system, but what really sets it apart is the mothering ability.  By having a Lleyn influence in your sheep it easily allows you to keep your own breeding replacements for your flock.  It helps bio-security as it reduces the need to buy females, allowing a closed flock”.