A fantastic sale full of confidence with near perfect clearance rate across all sections.  A solid trade with supply out stripping demand as some buyers went home short of what they came for.  From breeders sheep to commercial sheep there was something to suit everyone.  The female sections saw averages up on the year.

The pens of shearling ewes topped at £270/head when B Walling, Selkirk sold the first prize pen of shearling ewes to A Kirkbride, Whitehaven.  T & B Fort, Keighley sold a pen at £250/head to A Nicholson, Beverley.  B Latimer, Co Tyrone had a worthwhile journey when selling two pens at £220/head to J Croke, Fethard, Co Tipperary. D Steen, Moffat sold at £210/head and £215/head both bought by P Robinson, Nass, County Kildare.  Ian Walling, Selkirk got a pen away at £202/head.  H Goldie, Ruthwell and C & A Kennedy, Ballyclare, Co Antrim both got pens away for £200/head.  There were many pens sold from £150 to £170/head.

There was a class for an individual shearling ewe which is suitable for ram breeding.  H Goldie, Ruthwell claimed first prize and sold for £900 to R Bowie, Crieff.  B Walling, Selkirk stood second and sold for £600 to A Kirkbride, Whitehaven.  Third prize from L Jenkinson, Kirkby Stephen sold for £200 to GLS Siddall, Angelsey.

Ewe lambs saw L Organ, Llandysul top with his second prize pen selling for £210/head to A Selway, Stalbridge, Dorset.  The third prize pen from B Walling came next at £140/head when purchased by C McConville, Newry, Co. Down.  The first prize pen from L Jenkinson, Kirkby Stephen sold for £135/head to J Kingan, Troqueer, Dumfries.  J & A Barrow, Appleby sold a pen at £125/head and I Walling, Selkirk sold a pen for £122/head.  Most lambs were strong enough for tupping this time with over 14 pens over £100.  Nothing sold under £80 and only 3 pens went home. 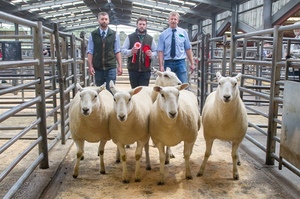 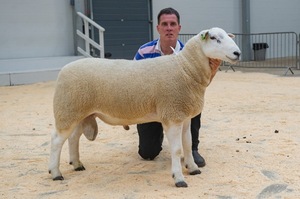 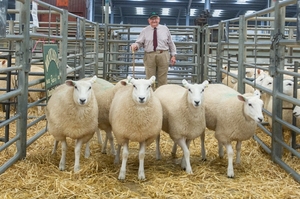 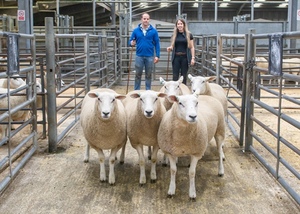 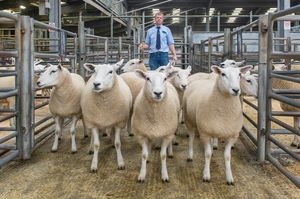 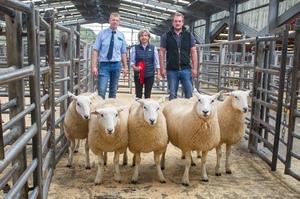 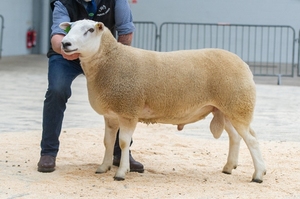 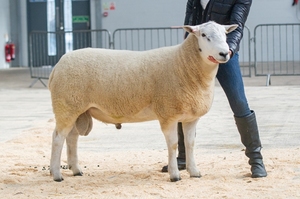 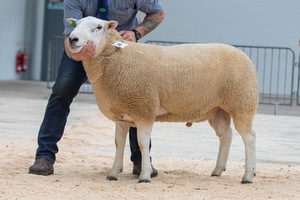 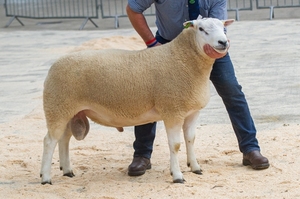 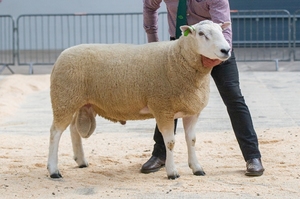 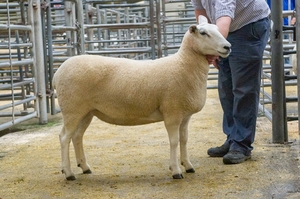 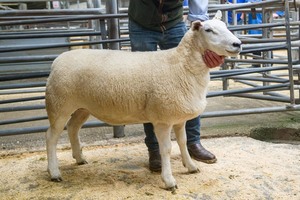 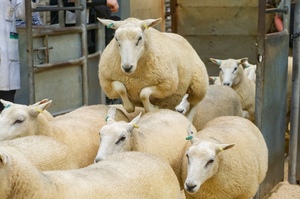 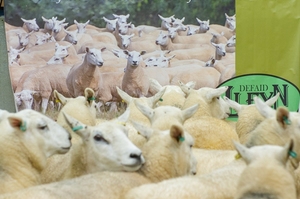 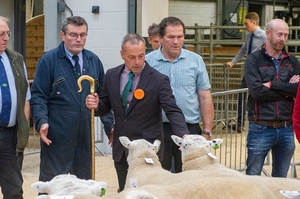 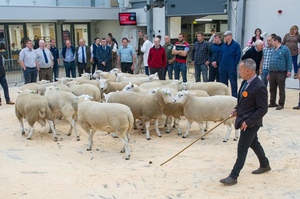 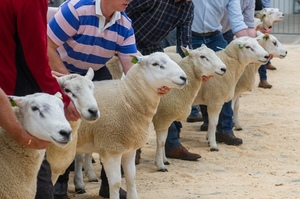 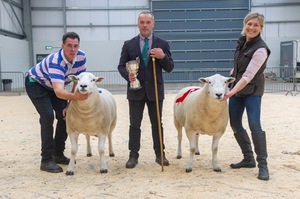 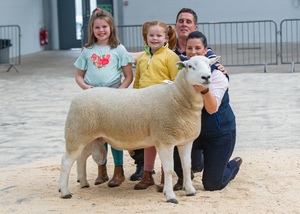