Lleyn Being Noticed on Marginal Land

As you drive through the idyllic North Durham countryside looking across the moors which is dominated by traditional hill bred sheep you may be surprised to suddenly find a flock of Lleyn ewes with North Country Cheviot lambs at foot owned by the Barron family consisting of Richard and Jean Barron along with son Shaun and his partner Georgia Brawn who farm The Deans Farm, Muggleswick, Consett, Co Durham. Shaun Barron commented we have found the Lleyn performs equally well if not better than traditional hill bred sheep on our high exposed farm.  Read more [HERE]

While now able to breed his own replacements, the wethers and the bottom 20% of the gimmer lambs are sold deadweight to local firm McIntyre Meats, Leyburn, North Yorkshire with the majority hitting 20kg carcase weight.  These are distributed through Randall Parker Foods to Sainsbury’s and other worldwide markets.  Read more [HERE] 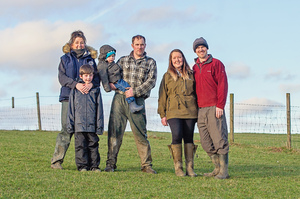 Michael Ridley says his flock of Lleyn have lived up to all the recommendations and there are still some of the original purchased Lleyn ewes lambing at nine years old which highlights the longevity of the breed but the major improvement in the farm’s sheep enterprise is the numbers of lambs that are recorded at six weeks old to the number of ewes put to the ram and the weight of these lambs is a real eye opener. Michel Ridley said we knew the Lleyn ewe was a medium sized ewe but the lambs grow faster and reach target weights sooner from the Lleyn than the larger ewes that we previously kept on the farm. Read more [HERE] 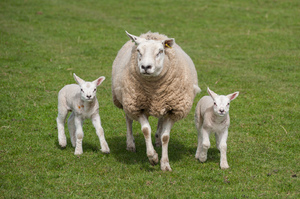 Kris first came across the Lleyn when he started working at Doe Hill.  “I had never worked with Lleyn before but I have found them easy to work with” says Kris.  Kris found that the Lleyn works well alongside the cattle.  When the cattle are housed during the winter, the Lleyn can be moved on to their ground and can go through most of the winter without supplementary feeding.  He has found that the lambs appear to have a higher resistance to worms hence they require less dosing than some of the other breeds he has worked with.  Read more [Here] 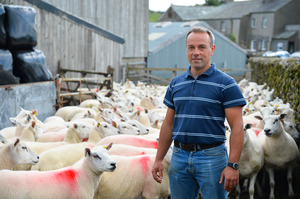 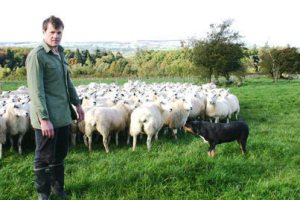 Sheep farmer Duncan Nelless has won the EBLEX Improved Flock Award for 2013 for the Lleyn breed. He farms at Thistleyhaugh Farm, near Morpeth in Northumberland. Organised through the Sheep Better Returns Programme, this award is presented to the English performance recorded flock that has shown the most impressive improvement in genetic merit over a 12-month period, within the breed. [More]