Carving out a True Lleyn 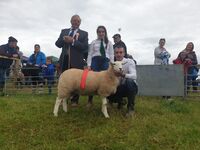 Working a full-time job, the Lleyn really suited Fergal’s work-life balance as they are low input and low labour. The maternal traits of the Lleyn with milk and great mothering ability makes lambing short and easy, with ewes returning back to grass with lambs at foot two to three days after lambing.  This in return reduces additional expenses such as housing, bedding and meal.  It reduces labour on the farmer.  The high weaning ratio is also a big addition to the number of lambs sold at the end of each year, a trait the Lleyn is well known for.  Read more [HERE] 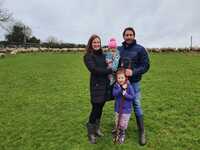 According to David his search began with a chance encounter of an article from a very old copy of his local newspaper dated from 1985 found while renovating the old farm house. The first line of the article read "Profitability in sheep farming is always determined by the number of lambs available for sale"

This was the light bulb moment that led David to search for a prolific breed that did not require the additional labour most prolific breeds tend to generate and only one ticked the right boxes, "the Lleyn" Read more [HERE]

"Eventually, I came across these Lleyn ewes and I started off commercially with them. Over time, I found them to be well suited to the land and I began to breed them as pedigrees."  Kenny is the only registered pedigree breeder of Lleyn ewes in this region and this led him to believe there would be a market for them.  Over the past seven years, he has built up the flock gradually to where it is today. He currently has 80 ewes on the farm.  Kenny believes the Lleyn breed has a number of excellent characteristics.  Read more [HERE]

Lleyn - Self Sufficient in Southern Ireland 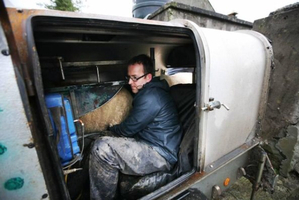 If he's not scanning he's dipping and if he's not dipping he's clipping which leads me to the question, who looks after his own 320 ewe flock?. Anyone who's as busy as Dominic needs his breeding ewes to be as self sufficient as possible and to this end Dominic has been converting his ewe flock to the Lleyn breed over the past couple of years.  Read more [HERE] 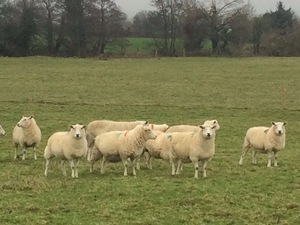 Farmers of the 21st century are entrepreneurs required to put a flexible and workable setup in place on their farms. The success of their farms rests squarely on their shoulders and more and more success is measured in terms of profit and loss.  The Lleyn are lambed outside in late March-early April with minimal intervention.