Alister said “breeds develop and adapt and the Lleyn has certainly done this especially in the last 20 years. Between 2012 and 2020 the Lleyn national population has risen by 29,000 ewes equating to just under 4% of the national flock”. Alister urges farmers who are considering trying the Lleyn as a commercial ewe to definitely give them a go as in his words “they meet all the requirements for producing profitable prime lambs”  Read more [HERE] 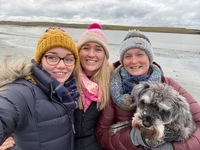 The Davidsons have recently taken the decision to make their flock Maedi Visna Accredited (MVA).  Pam noted that previously she had taken sheep to the sales, being non MVA meant they had to be penned away from the majority of the sale and often sold through another ring.  “By becoming MVA we are now part of the main sale penning area sold through the busier ring.  I also wanted to see how our sheep stood up against other breeders, possibly with a view to selling tups and/or competing at shows.  Read more [HERE] 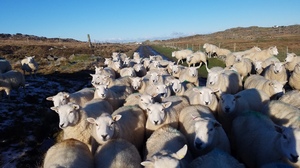 Lambing time takes place at Cliad indoors from 1st April, before the ewes and lambs are put out onto the inbye spring grass “if the geese have left us any!”. From there they move to the hill as the summer unfolds.  Generally the flock scans at about 130%, and the ewes are fed East Coast Viners 18% ewe rolls from scanning in late January onwards to lambing. Read more [HERE] 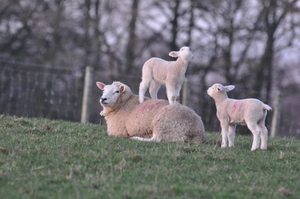 Through selective breeding John is now seeing a scanning percentage annually of 185-195%.  In 2017 the whole flock scanned at 193%, lambed 191% and weaned a viable 187%.  John is happy with the prolificacy of the breed as it gives him plenty of lambs to sell.  John generally runs the whole flock pure with Lleyn rams bought in as stock sires.  For 2018 John has put some of the commercial flock to the Texel as an experiment although he is more than happy with the way his pure bred flock is working.  Read more [HERE] 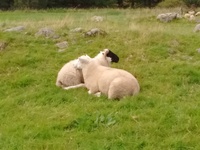 SRUC’s Hill & Mountain Research Centre, at Kirkton & Auchtertyre farms near Crianlarich in Scotland, has received funding from the Scottish Government (RESAS) for the past 5 years to look at performance differences between breeds of sheep within one of our flocks, consisting of 300 Lleyn and 600 Scottish Blackface ewes. 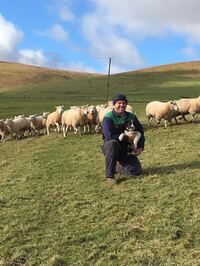 Willie Aiken and his father John farm at Carlophill Farm.  They have 1000 acres from 900 – 1700ft, ranging from wet heather hills down to peat and clay fields which are better suited to a dry summer.  “We get a lot of rain in this part of the world” states Willie.  They farm 930 Lleyn and Lleyn cross ewes which are all put to the Lleyn ram for early April lambing as part of this commercial system.  Alongside the sheep they farm 190 Saler cows.  Willie states that he wants a life. Therefore the livestock have to work around him so that he can have a life at the weekends. [Read more] 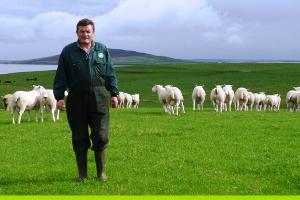 When you look at a map of the UK look as far north as you can and a bit further and you come to the Orkney Islands. This is the home of Laga Farms Ltd, flock 971. This family run business consists of brothers Michael and Martin Cursiter. Michael’s son Sean works at home when he is not away shearing and Michael’s wife Ruth works alongside him whilst also juggling a job at their children’s nursery. [More]