Fallen in Love with the Lleyn

Darren and Sarah Searle are first generation farmers who started off with sheep as a hobby, but it has now become a serious enterprise. After getting married five years ago they moved into Carnebone, situated in South West Cornwall. With a mixture of owned and rented land they have 32 acres plus 85 acres of winter keep. They are running 70 registered Lleyn ewes with a further 80 which include ewe lambs and ram lambs which are being kept for replacements and for sale as shearlings subject to further selection. Read more [HERE] 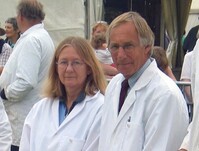 The Malling flock of Lleyn sheep was established in 1989.  With us then both working full time, myself as a lecturer in agriculture and Christine as a primary school teacher, ease of management was a very important consideration, in addition operating on all rented permanent pasture, with no buildings available, made an outdoor lambing flock the obvious option. Read more [HERE]

The Lleyn Ticks all the boxes for Young Couple 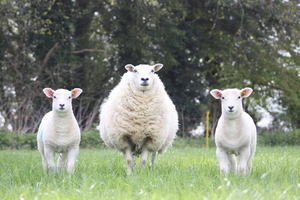 Bethan sums up with “The Lleyn is an ewe which we can both handle, she produces marketable lambs and she provides us with the additional option of selling replacements easily.  The Lleyn ticks all the boxes for us”. Read more [HERE] 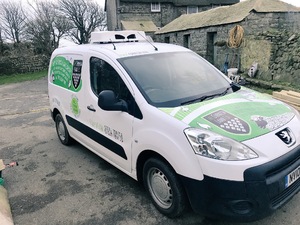 All of our lamb is marketed through our own brand ‘The Cornish Lamb Co’. We do 2-3 farmers markets per week as well as lamb boxes by post and whole carcasses into chefs, restaurants and butchers. Lambs are taken to a minimum of 45kgs, but often nearer 50kgs to give us a minimum 22kgs carcass. The restaurants and local butchers love our grassfed Lleyn and Lleyn crossbred lambs due to their amazing flavour, texture and the perfect fat cover. We also lamb some Dorsets in November/December and the chefs can tell the difference when we change from Dorset to Lleyn lamb. Read more [HERE] 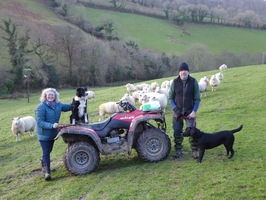 Ewe lambs are kept and, when shearlings, some are retained as flock replacements but the rest are sold through the Society Sales (mainly at Exeter) along with a small number of carefully selected registered rams. Most (castrated) ram lambs are sold to Jaspers at 40 kg minimum weight. In 2017, 14% were U, 86% R; 82% were 3L; 18% 3H. In addition, some meat lambs are sold to local pub/restaurants, where their quality and flavour are appreciated. Read more [HERE] 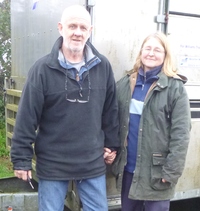 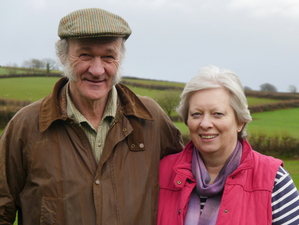 Phillip Caunter has lived and farmed at Stonehills (near Totnes in South Devon) all his life; he is fourth generation on this farm and can trace his agricultural roots back to nearby Dartmoor. He feels strongly that this family history means that 'sheep are in my DNA' and that 'I am a custodian of the land I farm'.  Read more [Here] 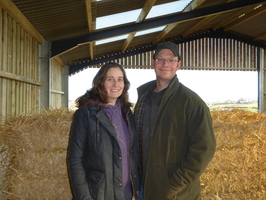 Lleyn with a commercial focus in North Devon

Robin Irwin’s grandparents purchased Lower Kingstree Farm, near the picturesque village of Kings Nympton in North Devon, in March 1942. The area is renowned for its sheep (and its rainfall). The farm is north/east facing. It consists of 150 acres of grassland and 30 acres of woodland situated at 500 – 700 ft above sea level with a predominantly clay loam soil. Robin and his wife, Emma, now own a further 50 acres and take summer grass keep on another 50 acres. [More]