My time as a shearer taught me that there are variations within breeds. It was important to me to select what I would call traditional breed types. 340 Lleyn of a medium size were chosen with a good tight coat to help keep out the winter weather. I bought foundation females from the Cernioge flock, and rams from Bronallt and the late Miss Nia Williams of the Fadog flock. I also bought 65 Herdwicks.  Read more [HERE] 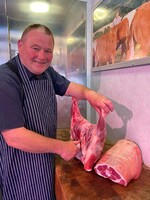 Having previously run pedigree Beltex Mr Rattray was looking for a commercial ewe to run alongside his pedigree flock and chose Lleyn as they provided easy access to large numbers of MV Accredited females. Read more [HERE]

Jacob concluded with “I think the Lleyn is stand alone in terms of its adaptability to suit any system, but what really sets it apart is the mothering ability.  By having a Lleyn influence in your sheep it easily allows you to keep your own breeding replacements for your flock.  It helps bio-security as it reduces the need to buy females, allowing a closed flock”. Read more [HERE] 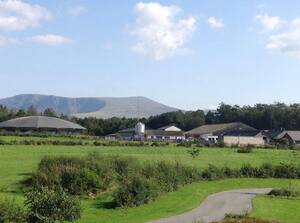 The flock is split into A & B with A being the nucleus flock which comprises of the ‘best ewes’ which are tupped with quality registered Lleyn rams purchased from the Society sale at Ruthin.  “Breeding our own replacements ensure they are fit to thrive here at Glynllifon” says Rhodri.  When selecting a ram EBV’s are considered but stronger emphasis is always on teeth and physical correctness.  Flock B are very much commercial, these run with Texel, Charollais and Charmoix rams to produce a killing lamb which is sold direct to slaughter.  The data received back from the abattoir enables analysis of grades, growth rates and effectiveness of the terminal sires.  Read more [HERE] 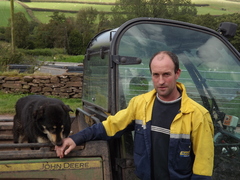 Anthony Williams become known to the Society after very kindly supplying two Lleyn ewes with four Beltex sired lambs for the promotional stand at NSA Welsh Sheep in May 2017.  The sheep in the pens drew much attention hence I decided to visit Anthony and find out how he is utilising the Lleyn in his commercial system.  Read more [HERE] 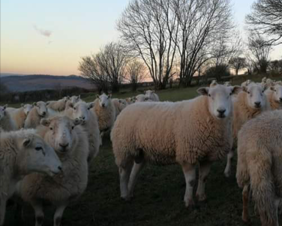 So far Dave is happy with the results of his experiment.  The Lleyn lambs were generally easily lambed.  Dave describes how they got up to weight in good time and after advertising the lambs on Facebook, he had them all sold in one day.  Dave is considering pulling the ewe lambs out in the future and breeding from them.  Read more [Here] 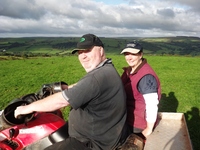 Colin & Julie Price farm at Felindre Farm, Upper Chapel near Brecon.  They farm approximately 200 Lleyn ewes and 50 ewe lambs.  You have probably noted them recently standing out from the crowd with their ewe lambs at Society sales.   Read more [Here] 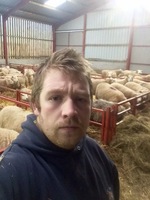 The family first got into Lleyn in 2005 when they bought Lleyn rams to put over their poorer Welsh ewes.  They had previously been using terminal sires but had struggled with lambing difficulties.  They found the Lleyn x lambs were much easier lambed hence fewer losses but still produced a useful carcase lamb.  The ewes were going away with two lambs that could then be finished off grass, this suited their system well.  Read more [Here] 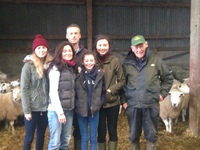 For those of you who regularly attend Society sales in the autumn you will be familiar with the name WJ & DJ Williams and the Tacho flock. This flock has become renowned for producing quality ewe lambs and this was echoed by winning the related class at Skipton, Welshpool, Carmarthen, Ruthin and Exeter. He walked away with the champion ram at Ruthin, Skipton and Exeter.   Click [Here] to read more