There was a strong turnout at Welshpool today with plenty of interest and demand shown.  Stronger sheep which showed style were favoured all day with picked out pens and rams seeing plenty of the trade.

The shearling ewes saw the early lots battle for momentum but once it gathered pace, £200 plus could be seen for top pens.  E & D Jones, Machynlleth topped with their second prize pen selling for £260/head to DC John, Crymmych.  Local consigners DN Bennett & Son, Meifod sold a pen of nine for £255/head to J & R Jerman, Whitney-on-Wye.   The first prize pen from JA & R Geldard, Kendal sold for £245/head to NE Lewis, Nuneaton.  There were 17 pens hit the £200 plus mark.  Many pens were taken home at £170-195 with some smaller, harder done to sheep selling at £155-165.

The ewe lamb section saw a larger selection of smaller running lambs.  Style and tight skins were being selected.  It was Farmstock Genetics who had travelled down form Selkirk that topped the section selling the third prize pen for £150/head to S & E Radcliffe, Swansea.  The same buyer bought a pen of ten from C Price, Brecon for £140/head.  J Morton of Penrith also sold a pen at £140/head to Lipley Beltex, Market Drayton.  The favourites were easily finding homes at £120-140.  Smaller lambs changed hands from £100-115.  A small number of smaller, longer keep lambs sold in the £80-90 region.

The ram pens were busy with plenty of interest shown.  They set off very strong as purchasers looked to ensure they took a ram home.  The later third of the sale saw a slightly slower trade although rams which had been picked were still seeing plenty of bids. 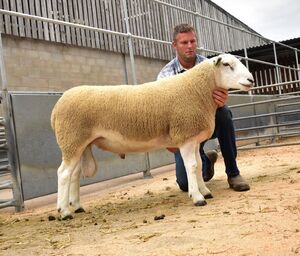 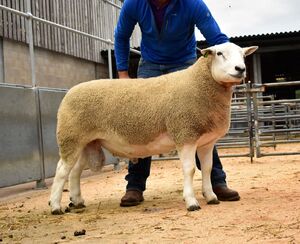 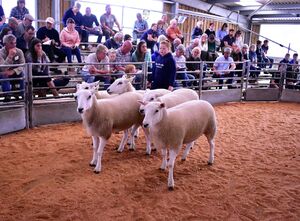 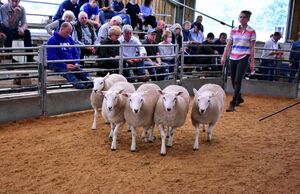 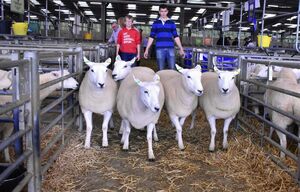 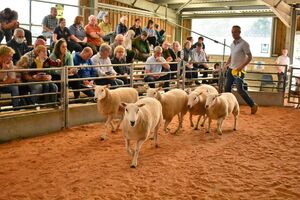 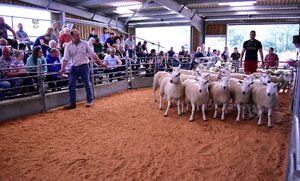 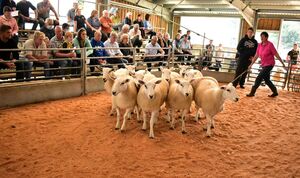 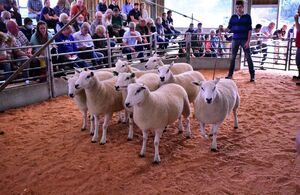 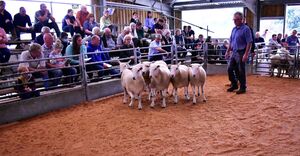 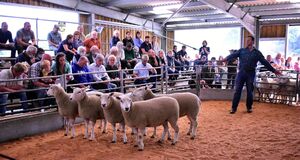 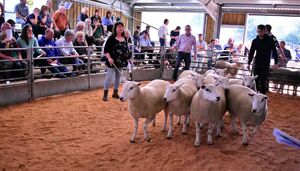 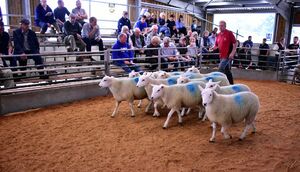 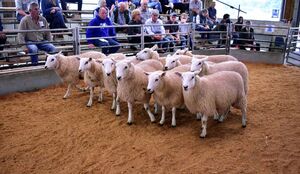 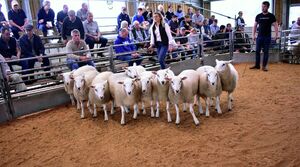 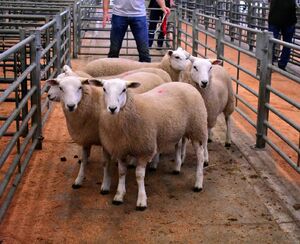 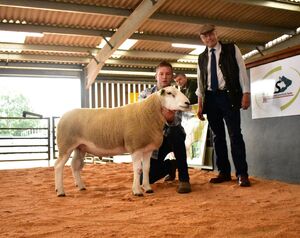 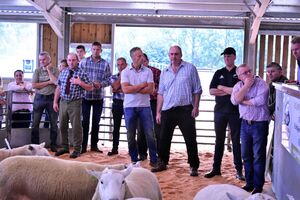 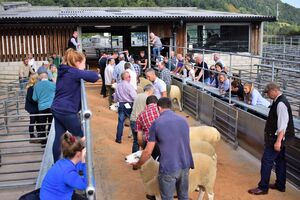 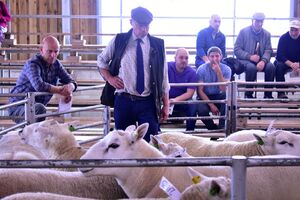 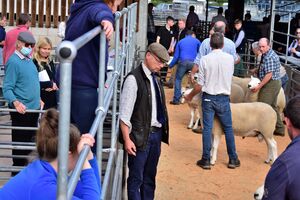